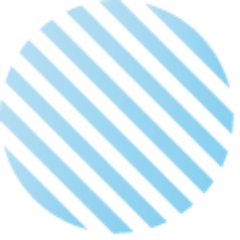 And then there is Elastic Dot

Just because I was followed today on twitter by @ElasticDot I noted their offer on dedicated WordPress Hosting.

Take charge of your business, we take care of everything else.
Seriously, we have thought of everything necessary so that your site is always online, and can scale seamlessly.
We have also automated all operations so that we can focus on making our product better.

Interesting but documentation of what to expect is low….
I’ve tested it and could see that indeed a New blog is created in a couple of minutes, but there is no documentation. Tried to import 40 posts and the import failed. Seems to be very much in its infancy. 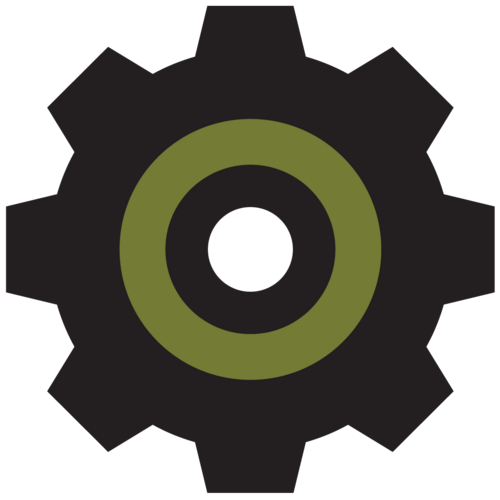 A Review of WPEngine

Actually a review that was updated various times to make it a consistent post and I wanted to jot down my impressions on the fly and first hand. On other occasions it is unintentional as I push the WordPress publish button too early because it is placed wrongly in my opinion …bear with me though…

To VPS or Not to VPS?

I first came across WPEngine in fall 2011 while doing research for a post: To VPS or Not to VPS?.

For your (and my own) info I’ll reiterate the following parts from that post here:

You have to be a Geek big time to be able to manage a VPS!

I can assure you it is a steep learning curve and actually much too time consuming to be bothered with. …. Actually I simply want to be able to run my hotel business and occasionally post here and there on my other blogs, without all this hassle.

I came across two companies who do dedicated WordPress hosting: Page-Ly and WPEngine. Both take away the above hassle from you.

Basically I don’t want to host my site outside The Netherlands. The reason is that I am not familiar with the ins and outs of foreign (mostly Anglo Saxon) law and I don’t want to get involved into another legal system by the mere fact my sites are hosted in a foreign jurisdiction or because the hosting company is a legal entity organized under foreign law. The Netherlands itself has red tape enough.

What stuck with me is that in a comment Jason Cohen Reached out:

(I’m the founder of WP Engine).

Thanks for the kind mention!

Very important correction: We’re not on Amazon. In fact, we’re on dedicated servers where we have 100% of the power of the hardware, SSD drives, the best CPUs etc.. Then we have a LOT of them so we have no single point of failure etc..

We did try very hard to make shared hosting and cloud hosting work, because obviously the IT costs are lower and the attendant services and automation are awesome. In fact we built that automation! But speed and scale for our customers is even more important than that, so we ditched it.

RE: The Netherlands: Of course we can’t help you there. 🙂 I understand your concerns and won’t argue with them. None of our competitors have physical servers there either.

And then came Synthesis

Another completely new dedicated WordPress hosting company. I wrote about it over at Happy Hotelier in Websynthesis – Coppyblogger steps into WordPress only Hosting

Back to my decision making process re: WPEngine

I noted Aaron Brazell Stepped away from WPEngine… and thought “Hey is that good or bad for WPEngine?”

I noted Yoast made a move to Synthesis…. I’ve followed some of Yoast’s suggestions 3 times:

Verry unhappy with Yoast’s suggestion to use VPS.net and recently a bit unhappy when he sent out an update of his SEO plugin which caused many errors (but granted he applogized: Mea Culpa on a bad Update – Lessons learned) …but I do follow the guy for his deep knowledge of WordPress and use his SEO plugin. However I have my questions about SEO: Do I really need all the views of the occasional bypasser?

Recently, after having experienced several and recurring OOM (Out Of Memory) issues with Chair Blog on my current VPS, I read a reasonable positive March 2012 review by Hugh Hancock with many many comments still flowing in till July 2013.

On WordCamp SFO Mark Jaquith mentioned WPEngine having a very interesting feature: A staging area where you can run a fully functional shadow installation of your WordPress installation where you can experiment and test without impact on your production site.

My choice for WPEngine was also influenced by the fact they have a server in London which has less latency to a major part of my readers, those in Europe. Finally I’m a bit more confident with UK law than with US law, although it is a setback that WPEngine is a US company which has to comply with US law.

So I’ve decided to try out dedicated WordPress hosting with WPEngine for Chair Blog and will be jotting down my first experiences with them on the go.

After 10 days testing and looking at what happened I concluded to leave WPEngine as their Visitor count is much too steep for me. It would entail much more costs that I want to bear.

Just to let you know I’ve moved away from vps.net after experiencing an appalling 9 hour 20 minute downtime on vps.net on December 29, 2011. I’ve moved to dediserve.com, an Irish company. Please note they are not the same company as the Poland based Dediserv.

My first impressions of Dediserve are excellent with a couple of caveats.

In a later post I’ll give a more in depth review and the caveats.

I will not become an affiliate of Dediserve as I’m not taking advertising for this blog. But even if I’ll introduce advertising here, I won’t become an affiliate. With hindsight I still feel trapped by the affiliation of a colleague blogger I stepped in when I moved to vps.net approximately 15 months ago – see my post To VPS or not to VPS?. I wouldn’t like to cause such disappointment as I’ve felt to any of my readers.

SOPA stands for Stop Online Piracy Act. Currently US Congress and Senate are considering this act together with the The Protect IP Act with hearings and all for enactment.

I’m an independent Hotelier based in Europe. So I only have a slight understanding of all of their implications and ramifications, but I understand Internet giants like Google and Facebook are (among others) heavily lobbying against these two bills. Why would that be? When enacted copyright holders can via very simple measures (a writ to a hosting company) have bad websites cut off from the Internet. Furthermore financial institutions like banks and credit card companies could by the same sort of simple measure to be forced to cut off the bad guys from their income.

Now Google is noteworthy for scraping copyrighted material like photos from everybody’s website and regurgitating same for the “better of search results”. FaceBook does it in a slightly different way: It lets its members publish copyrighted material.

Take this one step further: Online Travel Agents do sometimes scrape copyrighted material. Tripadvisor may do it. Groupon like sites may do it.

Can I as an independent Hotelier force all these power houses from the Internet?

I know, I’m just dreaming of a more organic Internet that is not dominated by search giants or OTA’s, but sometimes it is nice to dream off.

Yes, as indicated before, with the help of VPS.net our hosting has moved to Amsterdam.

I do hope outages and failures will be less, far less, or better even: Non existent anymore!

For the first time in 2 months I’m glad we can now see uninterrupted supply for over 24 hours (actually I would call that “normal”, won’t you?).

Update: After an appalling almost 9 hours downtime on December 29, 2011 I’ve decided to move away to Dediserve