Some readers may remember that a year ago Happy Hotelier and its significant sister blog Chair Blog were kicked from its then shared hosting plan by a Dutch Hosting Company without any pre warning. I was Furious!, to say the least. After the dust had settled it appeared (and they admitted) they had been overselling.

Hasty move to a US based shared hosting plan

All of a sudden I had to find another hosting company. I found and moved to Westhost through a post by Yoast.

However, shared hosting proved too slow

I found my sites loading too slow. As Yoast’s article also mentioned VPS.net and I respected Yoast’s expertise I followed his advice to try and use VPS.net……So in December 2010 I moved to VPS.net, which, with the benefit of hindsight I regret:

It is noteworthy to see that the numerous comments to this original post of Yoast seem having disappeared completely. In a Twitter conversation Yoast admitted the comments dissappeared though his own fault through a sloppy MySQL dump. [update] However with the number trimmed down they can now be found on a Separate Page.

A couple of weeks ago Yoast published a second post about VPS.Net Cloud Hosting, Cloud Servers, what’s the difference? It featured an interview with one of the guys at VPS.NET. I just read it when my sites were down for 5 hours on September 4/5 and made a comment in a series what turned out to be many comments, mostly of people who had issues with VPS.Net.

Some VPS net clients reported about their dissatisfaction

Through the posts of Yoast and via Twitter I found som blog posts from other (former) clients of VPS.net:

Yoast was taken aback by the many negative comments the prior post attracted.

Therefore, in VPS Net Issues and what they do about it Yoast grilled the CEO of VPS.net in an interview with some tough questions and some pertinent answers from the CEO.

However, My situation even deteriorated afterward: 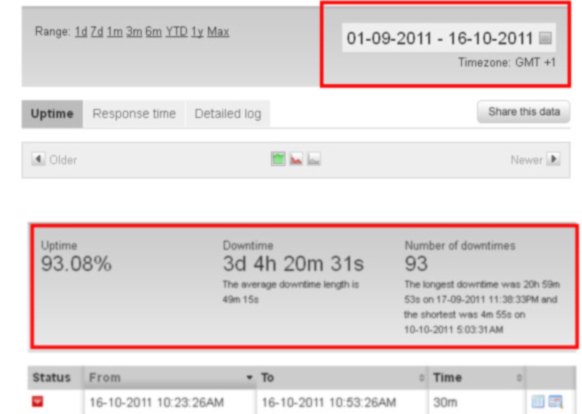 You have to be a Geek bigtime to be able to manage a VPS!

I can assure you it is a steep learning curve and actually much too time consuming to be bothered with. I’m sure Yoast is well versed in all these matters, but I am not and I don’t want to be. I simply want to be able to run my business and occasionally post here and on my other blog, without all this hassle.

I came across two companies who do dedicated WordPress hosting: Page-Ly and WPEngine. Both take away the hassle from you.

Basically I don’t want to host my site outside The Netherlands. The reason is that I am not familiar with the ins and outs of foreign (mostly Anglo Saxon) law and I don’t want to get involved into another legal system by the mere fact my sites are hosted in a foreign jurisdiction. The Netherlands itself has red tape enough.

That’s the reason I’ve tried a VPS plan with XLS hosting in the meantime. XLS hosting is a pure Dutch provider, but has a setback: It’s helpdesk closes after office time. But during the day I’m usually busy with my business and later in the evening I can find some time to go into hosting details so their service level doesn’t work for me.

I’ve also tried JaguarPC as they advertised having Dutch clouds. However after signing on they admitted that they wouldn’t start new Dutch clouds in the foreseable future.

So despite their setbacks I’ve decided to try VPS.net once more with their AMS based cloud servers.The speed of VPS.net is great as well as its support..They promised me a migration….Also, their slogan is 100% uptime, but they do not refund you for downtime…they credit you for future use…..

Or am I being stupid staying with them one more time?