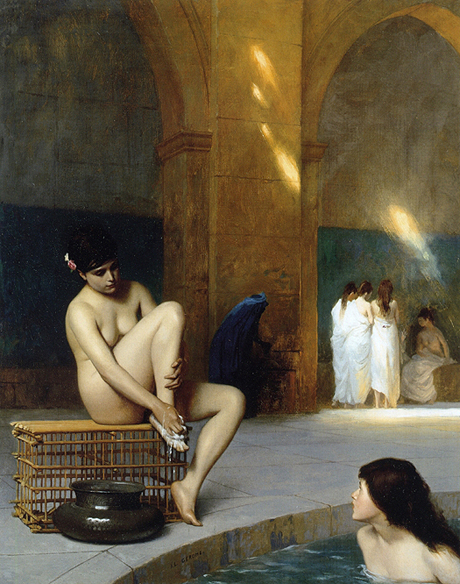 Warning: if you follow links of this post you will be confronted with pictures of nude persons.

Blogging can be costly.

Peter Breedveld publishes a Blog Frontaal Naakt which means so much as (Con)Frontal Naked or more semantic: The Naked Truth. Each post starts with a nude picture. That may have influenced the judge in this basically Christian and hence puritan little country. Both links point to the same Blog.

Peter is a journalist. In a rant going on in several posts [I erased the links, see update below] he describes his unfortunate encounter with a saleslady of Dutch Telecom provider Vodafone’s call center. I will describe her as Miss X. To be fair he was a bit personal, but the point he wanted to make was that employees of a big company should not be allowed to con a client under the protection of the deep pockets of the big company.

Both Vodafone and Miss X sought a court order against Peter to erase the infamous posts and Miss X felt harassed by the posts, claimed damages and specifically wanted to have her name erased from the Blogs.

Last wednesday the verdict was published.

The Judge dismissed the case of Vodafone entirely

However, the Judge honored the claim of Miss X, the Vodafone call center employee:

Note: He had already erased her name before the verdict.

I’ll tell you why this is hilarious.

The court order solves nothing: Miss X, who claimed in court that she was harassed by telephone privately at home, because everybody could Google her name, still can be harassed and Vodafone ends up with a lot of egg on its face.

The sad part of this all is that there are so few hits for the rather unusual name of Miss X. on Google that probably she had to create her own 5 minutes of fame.

By the simple count and tone of all the comments this little affair generated, I believe Peter did a good job pointing these practices out. Nothing so frustrating as to try to get contact with a Telecom Moloch. The other Dutch Telecom companies are no better in this respect I can assure you from some experiences myself.

Another aspect of the case is that sales peoples’ phone calls are notoriously taped in this little country and the tapes of the telephone calls in question were not made part of the court proceedings. I suspect on purpose, as Vodafone doesn’t want to admit this practice. Such tapes, the X Tapes, could have demonstrated the way the actual telephone conversation took place and whether Peter or Miss X was a bit over the top. I hope time will learn.

Peter Breedveld has erased all Blog posts regarding the Vodafone affair, as in the comments section people were trying to get the name or a letter combination referring to Miss X into his Blog with as a consequence he could be hold responsible.

He admits that in the end the Telecom Moloch Vodafone won.