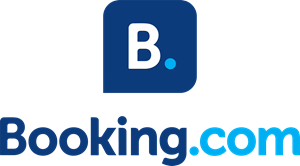 As a graduate from Twente University Geert-Jan Bruinsma founded the company as Bookings.nl in Amsterdam in 1996. It has since grown into a multinational with a turnover of 8.5 billion euros and a stock exchange listing in New York City. It employs more than 17,000 people in 198 offices in seventy countries. In Amsterdam, more than 5,500 people work from no fewer than twelve offices; about three-quarters of them are expats. In 2017 Booking.com recorded a net profit of 2.9 billion euros. That is considerably more than other Dutch big companies such as Heineken, Philips and Akzo Nobel.  Every day, the company processes some 1.5 million hotel bookings around the world. For each booking, the hotel owner pays an average commission of between 12 and 18 percent to Booking. The company earns so much money that the former Dutch CEO Mrs Tans quietly grew into one of the highest paid CEOs in the Netherlands.

Mrs Tans has been “promoted” to a fully paid but unclear job in which she works from home. She is succeeded as CEO by a certain Mr Felon who has been parachuted by the current parent company (Fomerly Priceline, recently renamed into Booking Holding…). Mr Felon has an annual salary of approximately 20 million Euro.

Dutch papers bring stories that the company earns so much money that they even hire people simply for the reason of hiring people only. They start with not doing anything. The whole infrastructure of its money generating sites is coded in Perl, which according to current tech guys is a completely outdated scripting language, but Booking cannot afford to change its software for a more modern language….

There’s another reason Booking is so loyal to our capital. By remaining in the Netherlands, the company can benefit from a particularly favorable tax regime. In recent years, Booking has concluded a number of successive tax rulings with the Dutch government, according to annual reports of its parent company. The most recent ruling, from September 2017, stipulates that Booking may share “part of the income” under the so-called “Innovation box”.

This is an arrangement that has existed since 2010 and is intended to allow companies to invest more in technological innovation. On the income in this box, companies do not pay 25, but only 7 percent profit tax (up to March 2018 it was even 5 percent). The annual report published by parent company Booking Holdings in February shows that the tax benefit for Booking is enormous. In 2018 alone, the company received a tax discount of $ 435 million in the Netherlands, or about $ 385 million. Thanks to this bait from the state, not only will Booking’s headquarters remain in the Netherlands, but all income generated worldwide by the company will immediately flow to the Netherlands before being taxed elsewhere. “In fact, Booking does the same as for example Nike,” according to Dutch Member of Parliament Paul Tang:  “At Nike, it also seems as if the Hilversum office sells an incredible amount of tracksuits and sneakers all over the world. The point is to achieve as much revenue as possible in the Netherlands. “In this way, Booking has received a tax discount of more than $ 2 billion from 2010 to 2018 thanks to the Innovation Box, according to the annual reports of the parent company. Converted, Booking received almost 1.8 billion euros from the tax authorities as a gift.

Abroad, this tax arrangement now creates anger. Australian Michael Hibbins, who worked for Shell for many years, recently calculated in a blog that Booking in his country evaded between $ 100 and 200 million by diverting Australian income tax-free to the Netherlands, where they were taxed only to a limited extent thanks to the Innovation Box. “The (Dutch, ed.) Government has levied a 5 percent tax on income that should have been declared in other countries. By doing this, the Netherlands has shown itself to be nothing better than well-known tax havens such as Singapore and the Bahamas. “In Hibbins view, Booking, together with the Dutch government,” manipulated the system to actually create the benefit of a tax haven. “

The pandemy hits Booking hard. In March its turnover was down to 15 % of the March 2019 turnover. It hase huge debts because of its recent purchases of its own shares. A perverse method to keep the share price artificially high in order to maintain the top’s huge bonusses.

In order to keep the economy a bit working Dutch Government will subsidize 90 % of wages for a couple of months provided there will be no lay offs of personell.

In a recent zoom meeting with personell in Amsterdam, Mr Fogel who himself has had the Covid 19 virus announced that Booking will apply for that subsidy.

One can imagine that there are several Dutch who try to prevent Dutch Government to grant this subsidy, especcially as the shareholders have taken billions of dollars as dividends from this mega earner recently……

Maybe Dutch Government has to adhere to its own rules with regard to the Pandemy Sunsidy, but I believe  the Dutch Tax authourities should look into the issue of the company rightfully claimed the Innovation Box tax rebate…..why not treat them in the same way as the Dutch tax authorities treated the parents who they believed wrongfully claimed childcare tax rebates???

Found it at his site Craphound

Here’s the 32 minute video of my presentation at last month’s O’Reilly Security Conference in New York, “Security and feudalism: Own or be pwned.”

Cory Doctorow explains how EFF is battling the perfect storm of bad security, abusive business practices, and threats to the very nature of property itself, fighting for a future where our devices can be configured to do our bidding and where security researchers are always free to tell us what they’ve learned.

This video is unlisted. Be considerate and think twice before sharing.

Probably they will take the video down in the near future… No mention of private Manning in the news anymore. Bradley Manning was sentenced to 35 years in prison because he leaked to the (in)famous Wikileaks. A Year ago a request was lodged for a presidential pardon. I believe it’s time President Obama takes a decision.

In the meantime Bradley has publicly announced he wants to change gender and be renamed as Chelsea.

Part of the plea for presidential pardon.

The decisions that I made in 2010 were made out of a concern for my country and the world that we live in. Since the tragic events of 9/11, our country has been at war. We’ve been at war with an enemy that chooses not to meet us on any traditional battlefield, and due to this fact we’ve had to alter our methods of combating the risks posed to us and our way of life.

I initially agreed with these methods and chose to volunteer to help defend my country. It was not until I was in Iraq and reading secret military reports on a daily basis that I started to question the morality of what we were doing. It was at this time I realized that (in) our efforts to meet the risk posed to us by the enemy, we have forgotten our humanity. We consciously elected to devalue human life both in Iraq and Afghanistan. When we engaged those that we perceived were the enemy, we sometimes killed innocent civilians. Whenever we killed innocent civilians, instead of accepting responsibility for our conduct, we elected to hide behind the veil of national security and classified information in order to avoid any public accountability.

In our zeal to kill the enemy, we internally debated the definition of torture. We held individuals at Guantanamo for years without due process. We inexplicably turned a blind eye to torture and executions by the Iraqi government. And we stomached countless other acts in the name of our war on terror.

Patriotism is often the cry extolled when morally questionable acts are advocated by those in power. When these cries of patriotism drown out any logically based dissension, it is usually the American soldier that is given the order to carry out some ill-conceived mission.

Our nation has had similar dark moments for the virtues of democracy — the Trail of Tears, the Dred Scott decision, McCarthyism, and the Japanese-American internment camps — to mention a few. I am confident that many of the actions since 9/11 will one day be viewed in a similar light.

As the late Howard Zinn once said, “There is not a flag large enough to cover the shame of killing innocent people.”

I understand that my actions violated the law; I regret if my actions hurt anyone or harmed the United States. It was never my intent to hurt anyone. I only wanted to help people. When I chose to disclose classified information, I did so out of a love for my country and a sense of duty to others.

If you deny my request for a pardon, I will serve my time knowing that sometimes you have to pay a heavy price to live in a free society. I will gladly pay that price if it means we could have a country that is truly conceived in liberty and dedicated to the proposition that all women and men are created equal.

Via the Manning Support site.

Maybe an off topic but still interesting question: If a male is sentenced, can the same sentence be enforced upon a female when the male has changed gender?

Before he went out of office President Obama communted Chelsea’s sentence. She will be set free March 17, 2017. Well done!
See The Guardian from which article I learned Chelsea had a Column in the Guardian.

It is reported as a done deal: Yahoo made a 1.1 billion cash offer to acquire Tumblr and the offer has been accepted.

I’ll copy and paste some web reactions to the deal:

If you are interested in my thoughts about Tumblr, please have a look at Chair Blog.

A tongue in Cheek Gif was published shortly after the announcement:

May 20 had been planned to launch a major refit of the Flickr site by Yahoo prior to the news of Tumblr being acquired.

Note: I’ve fallen in the same old trap again: Pushing the publish button rather than the save button. So I’ll flesh it out while it is online.