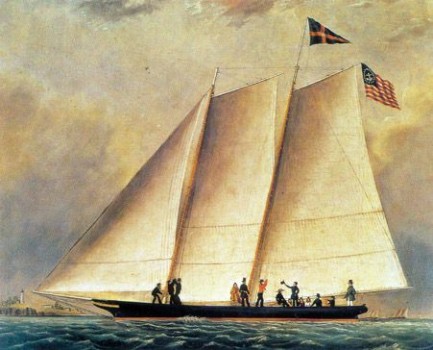 The Schooner (or Cutter) America The Auld Mug is named after

I’ve not followed the intermediate legal battles in detail, although they are fascinating, but tomorrow, February 8, 2010, weather permitting the now three race only competition will start for the 33rd time at sea at Valencia, Spain.

Since I attended part of the 150 year’s America’s Cup celebration in Cowes, UK, in 2001, I’m following it with more than usual interest and you can find me posting about it in my America’s Cup Category here.

Off course the official site of the America’s Cup has been revamped entirely and geared towards this event. You can find them at Twitter as well as 33ACup. 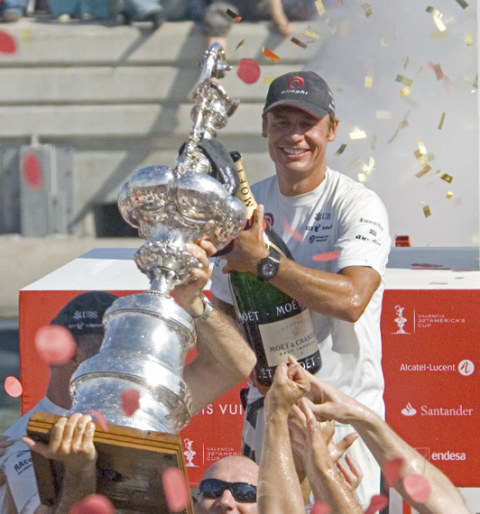 Here you see Bertarelli accepting the Auld Mug at the last edition (32) in 2007.

There is no second
In 1851 the Schooner (I believe Brits say Cutter) America competed against 14 yachts from the UK and won the Auld Mug that later was named after it in a round of the Island Wight race.

When she asked her sign master whether the yachts were in sight he answered: “Yes Majesty”.
“Which is first?”.
“The America Your Majesty”
“and which is second?”
“Ah, your majesty, there is no second”

Indicating that honors were only awarded to the winner, but a quote that has ever since this first race been the single motto of this venue.