Black Pearl is a superyacht with more a motor than a sailing yacht format. I was on my bike biking along the seafront of Scheveningen when I saw her at one of her test runs. In the evening I found some amateur footage of the run, but tha amateur had to delete that footage which was a pity. Here an official trailer FYI. Although I’ve abandoned fast motorboating since the European Commission decided to curtail the use of excise duty free diesel for boating, even international boating, largely, I’m still very much interested in new developments.

When i saw this Axopar 37 AC for Aft Cabin berthed in Scheveningen Marina, I thought “Hey that boat must have some potential with those two large outboard”. I hadn’t seen the boat before nor read about it before.

After some research I found a test by Motorboat and Yachting and a Dutch Language extensive demo video by the Dutch dealer Kempers from Aalsmeer.

After a 6-1 standing this morning ETZ needed just one more win to first reach 7. It performed during the first race today in Bermuda and won the 35th edition of the America’s Cup.

It is a pity that the Americas Cup bobos have decided to keep the entire video coverage of the matches behind pay walls. I have been following the event with interest but feel the matches should be streamed for free like the last time in SFO.

That is also the reason I have been publishing nothing about this 35st edition of the America’s Cup. I spotted this yacht in Villefranche sur Mer June 18, 2008. This is the only photo I took. Originally as Haida it was built for the millionaire yeast producer Max C. Fleischmann (1877-1952) following plans drafted by the New York naval architects Cox and Stevens. After completion it was berthed at the Santa Barbara Yacht Club, California.

Formerly known as Rosenkavalier, the incredible Haida G was built in 1929 by German shipyard Krupp Germania Werft and re-fit in 2007 by Amico & Co.
At 71.1 metres, Haida G offers seven luxurious cabins decorated in a unique and elegant style. Her white and bright cottage-like design theme exists continuously throughout the motor yacht and offers a welcome respite from other superyachts reliance on muted neutrals and glossy wood.

According to Pendennis It got a 4 months refit in 2012 mainly an overhaul of all engines and some engineering. Amazingly it still is propelled by the two Krupp (currently MAN) diesel engines installed in 1929.

The yacht came up for publication here, as I spotted the first photo in my archive only recently while at the same time I remembered the two following photo’s of a similar yacht albeit a lot smaller that was abandoned and very dilapidated when I spotted it along one of Holland’s canals, also in 2008, but in October: 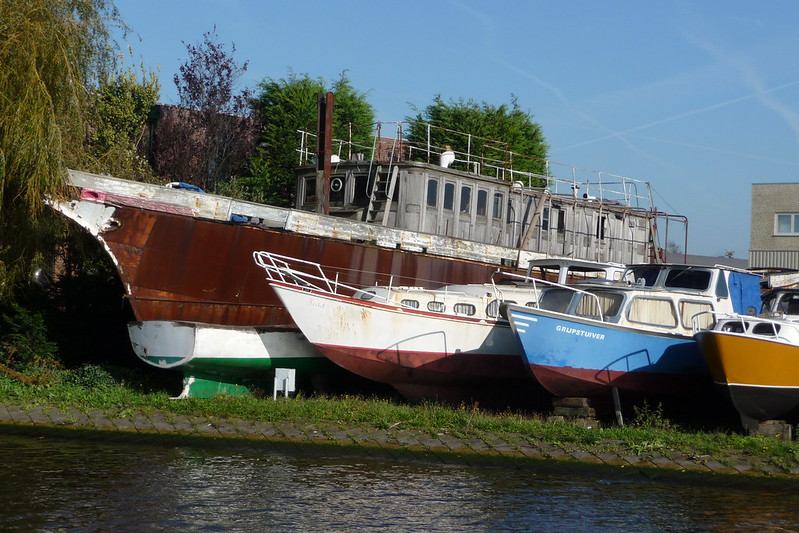 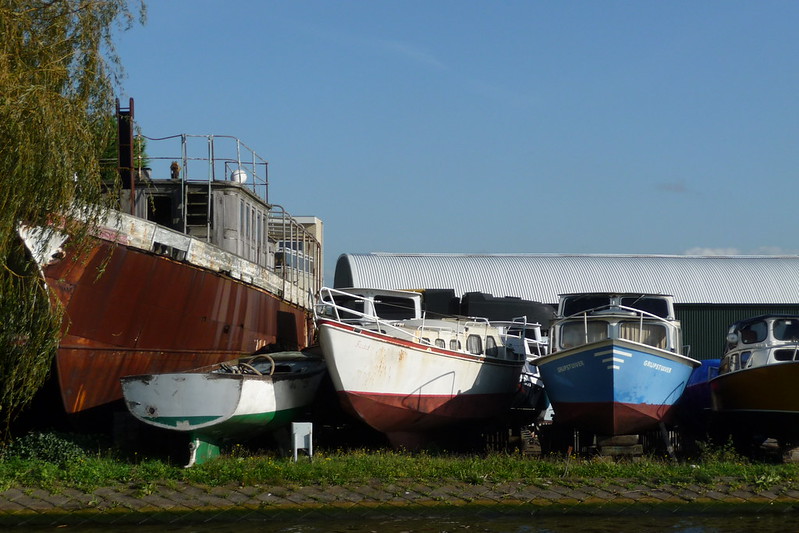 True I have something with smaller fast to very fast motorboats…the Barracuda is a tough cookie.