After a 6-1 standing this morning ETZ needed just one more win to first reach 7. It performed during the first race today in Bermuda and won the 35th edition of the America’s Cup.

It is a pity that the Americas Cup bobos have decided to keep the entire video coverage of the matches behind pay walls. I have been following the event with interest but feel the matches should be streamed for free like the last time in SFO.

That is also the reason I have been publishing nothing about this 35st edition of the America’s Cup.

The #35 campaign is right on its way with the announcement that Bermuda will be the venue of choice for the 2017 America’s Cup finals. 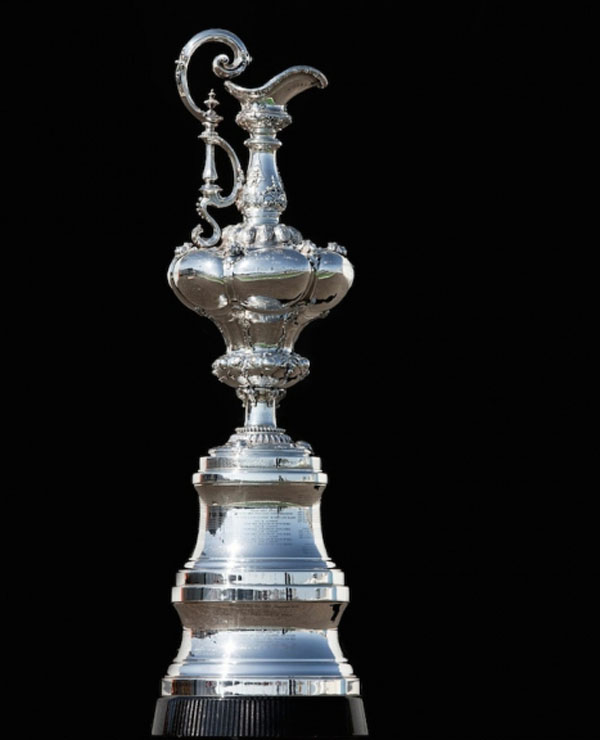 I’ve been covering the America’s Cup for some time, but realize I forgot to say anything about the no 34 campaign because I was so busy with watching the thriller unfold when the Kiwi’s lost the cup to Oracle after they had build up a lead of 8-1 wins which Jimmy Spithill was able to claw back entirely to win 9-8. I’ve never seen such a comeback in sailing nor any other sport.

The rules for the 35st Cup have been negotiated by defender Oracle Team USA, via Golden Gate Yacht Club and Team Australia’s Hamilton Island Yacht Club, the Challenger of Record. 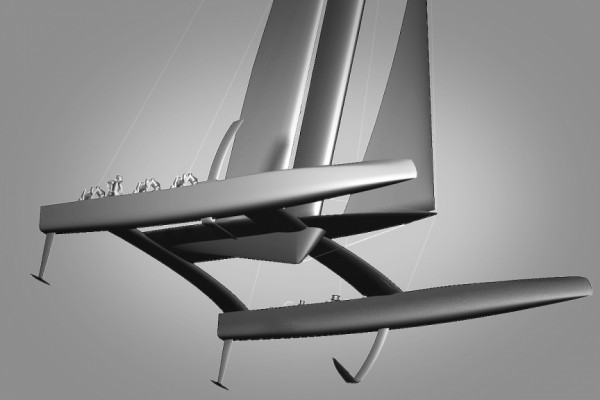 The cup match itself will be sailed in a new AC62 yacht – a foiling, wing sail catamaran sailed by 8 crew – to be raced in all events in 2017

Apart from Team Australia, a British (Ben Ainsley Racing or BAR) and an Italian team (Luna Rossa Challenge) have come forward as challengers. I hope at the end of the entry period, which is open from June 9 through August 8, 2014. I really hope we will be seeing a Dutch Challenger as we see a Dutch entry for the coming Volvo Ocean Race. 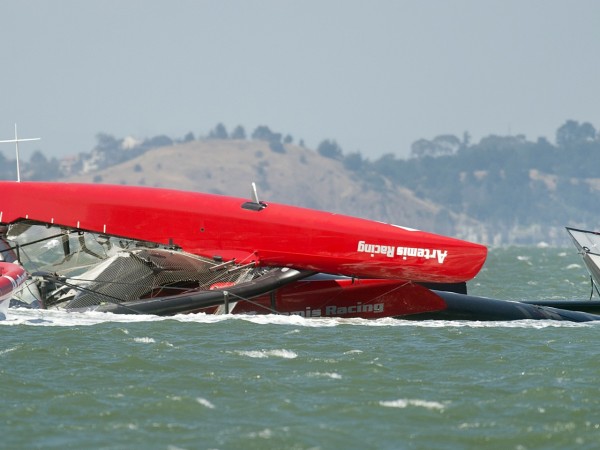 I’ve just been watching the above footage of the first AC72 Louis Vuiton Cup race. Strangely you see just one 72ft catamaran compete: Emirates Team New Zealand is the only one. It was scheduled to compete against Luna Rossa which announced not to compete in this race. The problem is that due to the fact there was a fatal accident in which British Olympic Medal winner Andrew “Bart” Simpson died when the Artemis Team AC72 capsized in May, the Race committee added 37 new rules to the Racing Rules, 2 of which the Luna Rossa team decline. They wanted a ruling by the international jury, but the jury doesn’t convene until after the first race…..

Italy’s Luna Rossa skipper Max Sirena said at the opening Skippers’ Press Conference that his team might not take part in Sunday’s first scheduled race of the Louis Vuitton Cup until the International Jury hears its complaint about the Safety Rules.

“We’re extremely disappointed by this,” said America’s Cup Chief Executive Stephen Barclay. “First and foremost, this is an affront to the fans who’ve been waiting three and half years for the first race.”

The Italian skipper said he would decide on Saturday whether to race or not.

The Safety Rules, generated from the 37 Safety Recommendations created in the wake of the death of Artemis Racing crew member Andrew Simpson on May 9 were agreed in principle by all four teams on May 22. Subsequently, Emirates Team New Zealand and Luna Rossa said they weren’t happy with two of those recommendations and have challenged the procedure by which they became rules of the regatta by lodging protests with the International Jury.

The International Jury is scheduled to meet on Monday.

“What everyone will struggle to understand is Sirena saying he’s taking his stance on principle,” added Barclay. “This is the most unprincipled action I can think of because Luna Rossa’s case is before the Jury. There is no reason not to compete, not to try and put the first score of the regatta on the board.

“This gesture has no merit, will not get any sympathy and hurts fans, the other teams, their partners and guests, the city of San Francisco and all our stakeholders too,” Barclay continued.

“I urge Sirena to race. Having the Italian boat on the start line on Sunday is best for everyone, including Luna Rossa.”

Dean Barker, skipper of Emirates Team New Zealand said: “We’re here, we’re ready to go racing. Whether Luna Rossa decides to race or not, we’ll be out there, spending time on the race course.”

However, the Luna Rossa version is more straight forward:

San Francisco, 2nd of July 2013 – Today the team Luna Rossa Challenge 2013 will file a protest before the International Jury of the 34th America’s Cup against the measures introduced by the Regatta Director on Friday 29th of June (Regatta Notices 185 and 189).

Luna Rossa considers that, by issuing these documents, the Regatta Director has blatantly breached the rules governing the 34th America’s Cup and has exceeded his jurisdiction and authority.

As everybody knows, one of the fundamental pillars of any America’s Cup is the Class Rule, which was proposed by the Defender and accepted by the Challengers at the moment in which they challenge.

It can only be changed with the unanimous consent of the competitors (AC72 Class Rule – Art. 4), as it has been the case more than a dozen times in this Cup.

This is the fundamental guarantee that preserves the rights of the challengers and prevents the Defender -or any other third party – to change the rules of the game abruptly and/or unilaterally, as the Regatta Director is trying to do in this case: a clear attempt to make illegal our boat just days before the start of the event, with the excuse of safety.

Luna Rossa is indeed in favour of the introduction of new and more stringent safety regulations (it has approved 35 out of the 37 Recommendations of the Regatta Director), but the measures regarding rudders, rudder elevators as well as the increased displacement have nothing to do with safety, since their only reason and effect to increase the speed and performance of the boat.

Luna Rossa has also asked that the protest is heard before the first race of the Round Robins, scheduled the 7th of July (Luna Rossa vs. Emirates Team New Zealand).

As it was clearly stated at the press briefing in Alameda the 17th of May, Luna Rossa is eager to race in the 34th America’s Cup and be respectful of the rules governing it, but it will not accept any imposition contrary to the rules under which it has challenged.

@Writer_Caroline we would if we could. ISAF controls the jury, not the organisers. that said, we have asked ISAF to intervene

On Twitter the Race Director claimed that the Jury could not convene earlier as it is under ISAF Rule.
I would say the Race Director could have postponed this race until the Jury had reached a decision. It is clear to me that Luna Rossa will now also seek and get a redress by the Jury…double work…to keep the public and sponsors satisfied?? 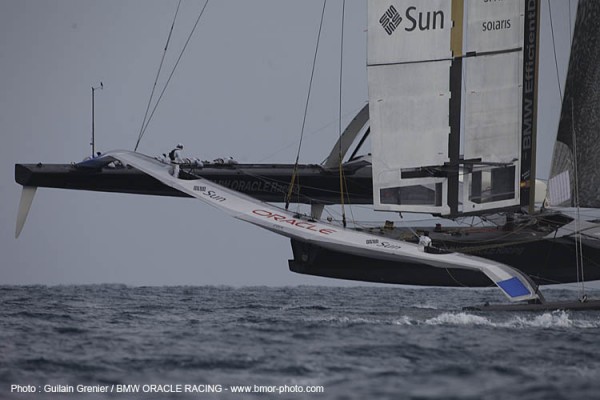 Subject to the hearing of a protest from Alinghi, the BMW Oracle trimaran has just won the second race in the best of 3 contest and the Auld Mug is probably back to the USA.

The latest update is that Alinghi has withdrawn its protest, so the BMW Oracle win seems definitive.

Happy Valentine’s Day for the US of A:-)