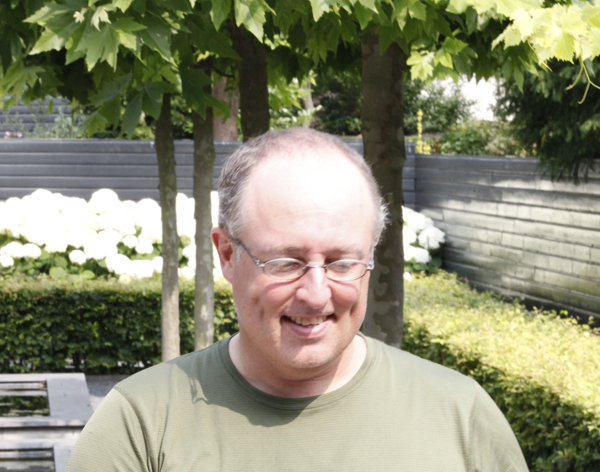 I’m a passionate about people and always want to know more about people who interest me. Whenever possible, I try to connect in real life with the travel bloggers who I have met online already. So when I learned that Gary Arndt, the celebrity travel blogger of Everything Everywhere was passing through The Netherlands I jumped on the occasion and asked him to come along for a chat when time would permit. I had featured Gary already in my 10 Questions For” series in November of 2008 so from time to time we have online contact ever since.

BTW Blogger Hopping is a term invented by Benji Lanyado.

Unfortunately we experienced a couple of Fails. 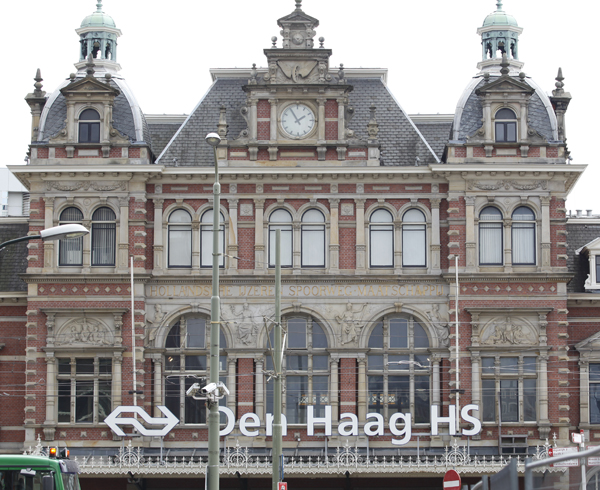 At the time Gary was relying on his Ipod with WiFi connection to have contact with the outside world. Mostly through twitter. Much cheaper than the regular Iphone he has acquired since. So the meeting point was supposed to be a train station in The Hague. The problem being there are two important train stations in the Hague. Although I had tweeted to him that I was to pick him up at Den Haag HS – HS stands for Hollands Spoor from the time there were two separate railway companies serving The Hague – or Den Haag in Dutch- around 12.30, he apparently missed that tweet and didn’t show up. I waited about two hours hoping he would have an opportunity to connect via Twitter and I was checking my Blackberry every 5 minutes. After I had returned home he came trough on twitter as he had found some Internet café in the city. I collected him in the city. Clearly he had been waiting at the other station…Den Haag Centraal Station…all in all we lost 3 hours. 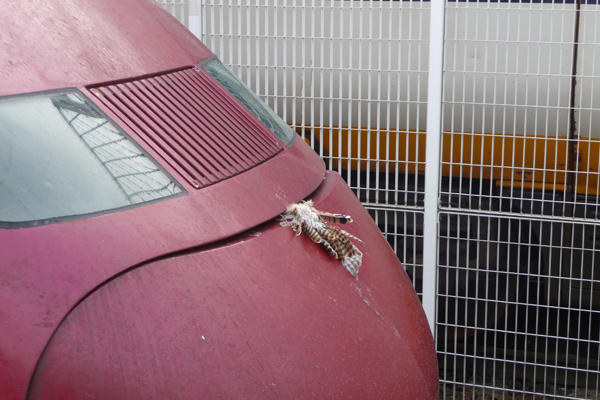 Gary was on his way to London and wanted to make the trip with Eurostar. The first leg of that trip goes with Thalys, a train between Amsterdam and Paris. He had to change train in Brussels South station. As of yesterday the Thalys does take a new route that skips The Hague entirely. Gary had somehow managed to book an Internet ticket through a European site of Eurostar. When I brought him to the station the ticket office there refused to change his voucher for a ticket, claiming they couldn’t do that because it was an (“Invalid?”) European ticket. How stupid and how embarrassed I felt about this. I talked with the train’s supervisor and pushed Gary into an earlier train that the one he was scheduled to take, because that was delayed and waiting for that could mean Gary missing the EuroStar from Brussels to London. Later I heard from Gary that he finally got his ticket in Brussels….

Later, In September I had a similar annoying experience with the Thalys. We had a group booking from Rotterdam, but I was not allowed to buy a separate leg from The Hague to Rotterdam, notwithstanding the fact that the Thalys then still stopped in the Hague. WiFi in the Thalys is horrible expensive and finally when the group entyered the Thalys in Rotterdam it appeared their booking system was totally belly up as our whole wagon had its seats double booked. It was for the calmness of the supervisor who patiently gave everybody a seat in another wagon that there was no row at all.

Well luckily we were not so unfortunate as the partridge taken by a Thalys of the photo in Paris:-)

Post Alia
These fails put a shadow over this meeting, but after all Gary and I will always have a good story to share and the longer ago the series of fails happen the more likely you are to have fun over it with and a good laugh…forgetting the aggravations. 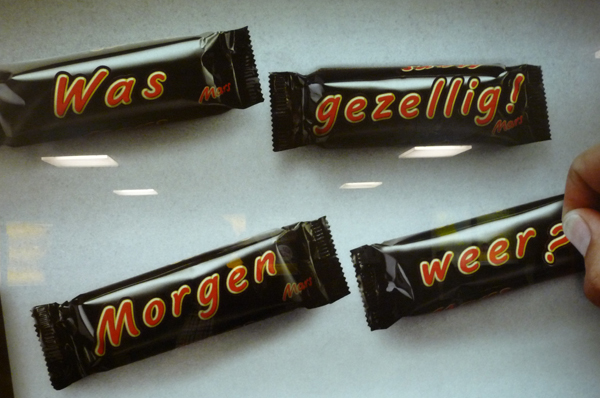 This is a Dutch Mars Ad which says in Dutch – directly to Gary now-: nevertheless – “Twas fun, next time again?”