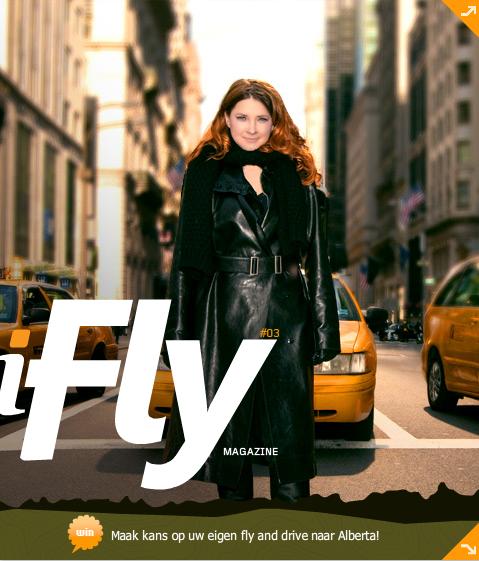 Recently, after a testing 6 months with 3 numbers, KLM Royal Dutch Airlines has launched number 4 of its interactive multimedia on-line in-flight magazine iFly. It is available in the Dutch and English language.

It is not KLM’s intention to scrap the paper magazine (yet?), but it is an interesting experiment. The topic presented to the viewer are based on the viewers behavior and interests, for instance the time a viewer spends on a certain topic.

An very interesting format for future blogs and hotel sites as well. Media gurus love the clickrate and time spent on the site….

I was a bit surprised not having found more on the subject.

After each new issue they send an e-mail to their subscribers.

* After their third issue, KLM has found that iFly is their best marketing tool ever used to sell repeat tickets.
* The average reader spends 20 minutes reading the magazine.
* 20% read the entire magazine.
* Frequent flyers are heavy users of the magazine.
* The click-through rate of iFly is higher than any other online campaign from KLM.