There the company stopped at the sculpture from which I took the above photo on beforehand. In a sequence of my photo’s there was an exchange between the CEO and Xavier Marin. I have made a small “video” of this exchange, because there are too many photo’s to present them all here on the blog. Look for yourself:

Picasa Video
I’m not so much a video person. It takes far too much time for me. But this little video (without sound) I could produce reasonably quick with Picasa 3, the free Google photo (management) program. Picasa is also very good for organizing many photo’s…I have approximately 20,000 and counting on my computer, deep sigh.

The Ceremony
Then there was the opening ceremony itself: The freeing of a bundle of balloons that, of course, partially got hung in the branches of the trees over the sculptures. How dumb! Storytlr
I have experimented in telling this little story via Twitter by uploading some of the pictures to Twitpic and then putting them together in Storytlr: [ Update: Originally there was a working link here, but unfortunately the Storytlr service has discontinued since March, 2010] 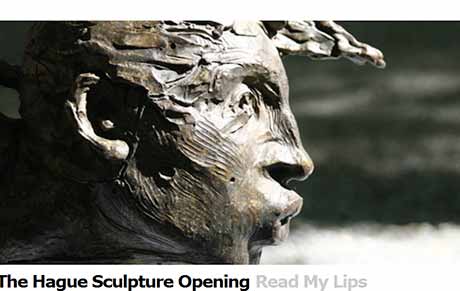 Unfortunately the thumbnails of Storytlr are a bit too unsharpened to make it a nice looking story. I don’t have a mobile telephone with a camera ( I prefer better quality photo’s of ordinary cameras, but it won’t be long and then the mobiles can compete with ordinary cameras), but it is clear to me that Storytlr is a nice app to spread a life stream story.

PS In the meantime I succeeded to upgrade the Worpress Version of this Blog to WP 2.8, which was a hell of a job, as I tried to cut corners.