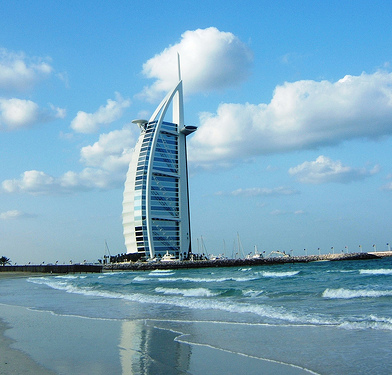 I already knew a lot is going on at High Syndicate, sister of WiWiH: Many Hoteliers use it as as a closed group repository. I assumed access only for the insiders of the big hotel chain in question and I had never imagined the wealth of knowledge available for the hotelier and how easy it is to navigate:

On the landing page you get :

Then you have separate tabs for:

Knowing the two sites High Syndicate and WiWiH, I knew about all those functions and possibilities, but I had never seen them grouped together in such clever and easily navigable way.

It is not a loud screaming design.

I wonder how the hoteliers would do themselves, if they would apply the same simple principles for their own websites instead of those bleary screens with pop ups and a lot of clutter.

Guest Reviews do not only tell you something about the hotel, but also about the reviewer:

Apart from all, I was very interested to be able to quickly flip through their Tripadvisor guest reviews, because Jumeirah is the operator of the famous Dubai flagship hotel (7* they claim) Burj Al Arab. They get good reviews but amazingly also some very negative reviews and some that say more about the guest than about the Hotel. For Example:

Worth a closer look! I am wondering whether they will make it password protected after this post.

Update
And Yes! Soon after publication of this post, they put a relocation to Jumeirah’s main site in the High Syndicate landing page: Henri Roelings was watching me 🙂