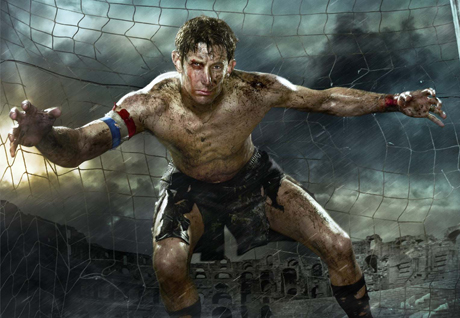 The Dutch Newspaper Algemeen Dagblad commissioned Dutch Photographer Erwin Olaf to make a series of photos of the Dutch Football (Ok Soccer for our American Friends) Team for its 2008 European Championships Special.

Olaf made a spectacular almost Spartan Warrior like series.

Above photo is of Edwin van der Sar, the Dutch goalkeeper who saved some shots from the Italians in a spectacular way. Remember he also kept a penalty in the Manchester-Chelsea Europa Cup Final whereby Manchester won the cup. So he is a hero already in the UK. 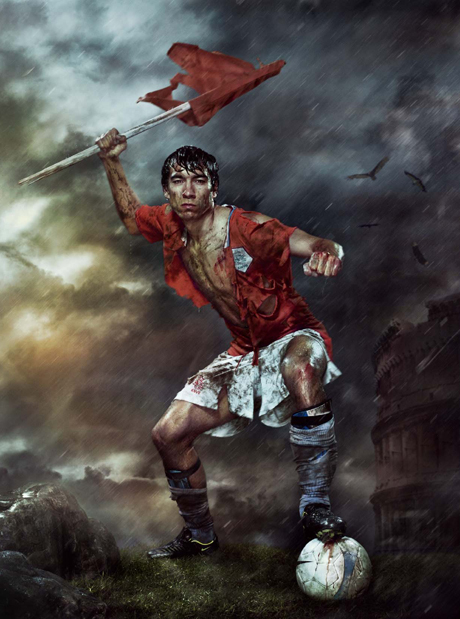 Here you see Giovanni van Bronckhorst who in one move saved a possible goal from the Italians, ran ahead after that and assisted in the second goal of the Dutch and later in the match scored the third goal of the Dutch.

We are partying in The Netherlands!