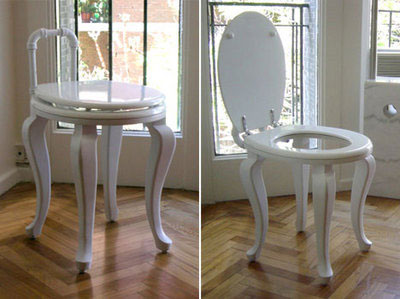 I am glad I don’t have to fly a lot and certainly not in an airplane bathroom, but the USA is world famous for its frivolous litigating and this is just another example in my opinion:

According to Associated Press, via MSNBC, a New York citizen is suing JetBlue Airways Corp. for more than $2 million because a pilot ordered him to give up his seat and to spend part of his flight on the the toilet for more than three hours on a 5 hours flight from San Diego to New York. The man was traveling on a “buddy pass”, a voucher that airline employees can give to relatives and friends. Probably not the most expensive ticket.

I am curious whether the guy will succeed and also whether the Airline employee will remain his friend and/or keep his/hers job….. 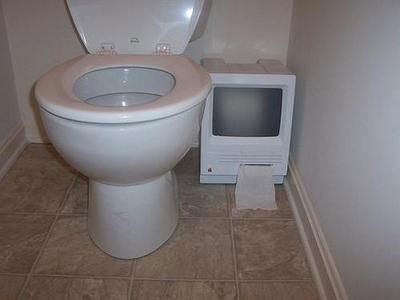 As a chair aficionado, – look at my Chair Blog and Chairblog | Tumblr where I collect some design chairs and some unusual seats and had the ones shown here -, I am sure the flight was not very comfortable, but also not worth this prize money. 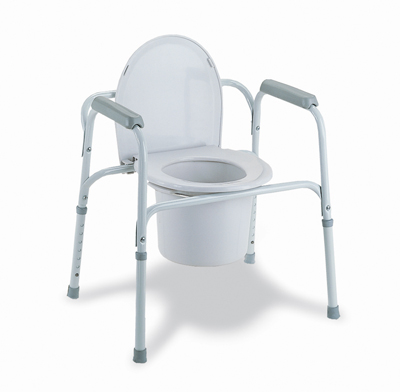 Finally I am curious what amount Pam Babcock, the woman, who was glued to her friend’s toilet, see also Discover Magazine for two years, is going to claim. If you apply the claim formula of the New Yorker’s 3 hours glued to his airplane toilet seat and calculate her hours glued to hers, she may be claiming over US $ 4 Bio!

After fighting with her boyfriend, 35-year old Pam Babcock locked herself in the bathroom of the coupleâ€™s mobile home and refused to leaveâ€¦ for the next two years. When her boyfriend, Kory McFarren, finally called the authorities to report that â€œthere was something wrong with his girlfriend,â€ they found that she was physically stuck to the toilet seatâ€”her skin had not only attached but, according to the initial reports, appeared to have â€œgrown aroundâ€ the seat. The cops eventually pried the seat off the toilet with a crowbar and sent the womanâ€”seat attachedâ€”to a hospital in Wichita, where they were finally separated.

The News is spreading now: Here is the Video News Clip: