I translated the post for Happy Hotelier in English Answer to sleeping in a wine barrel: Yotel

To Schiphol
According to Zibb it is official: Yotel will open a 56 cubicle hotel in the transfer area of Amsterdam Airport (Schiphol). It will be the second hotel in Schiphol’s transfer zone. It is also mentioned on their website. So it is even more official.

The first Yotel opened July 1, 2007 in a Gatwick Airport (UK) terminal . The same day as Qbic. Isn’t that a strange coincidence that mrs Smit- Kroes, the EU competition watchdog has to look into? 🙂

The first reviews are in. I know it from fellow Blogger, Esme Vos, who wrote about a review on her Blog Rose Cantine and linked to Cyrus Farivar

Basically once you get out of the baggage claim and clear customs, thereâ€™s an elevator that goes down one floor â€” and all of a sudden, itâ€™s like youâ€™re in this serene space that shouldnâ€™t exist in a loud international airport like this one. To the left is a set of computers where you check it â€” once youâ€™re confirmed (it almost feel like you should get a retinal scan), it prints out your receipt with your WiFi code on it, and gives you the keycard to your room.

Equipped with the keycard, you then glide through a transparent plastic arch and into the hallways of rooms. Honestly, the calm of the whole place is a little eerie, but I guess thatâ€™s the point. The rooms are supposed to be soundproof (well, mostly), and the ambient noise is a low airy hum that permeates the space.

The room is tiny, but it makes you wonder why youâ€™d ever actually need more space than seven square meters. Basically once youâ€™re through the door, you see that the room is divided into three adjacent rectangles. The middle one, the walkway, is about 4 paces (at most) long, and maybe 1.5 paces wide. Thereâ€™s a fold out desk and small stool.

To the right is the shower, sink, and toilet â€” with that entire wall covered by a mirror, which means every time you turn in bed to look towards the bathroom, you get to stare back at yourself.

The fun part, though, about the TV, is that it acts essentially as your telephone to communicate with the â€œconcierge.â€ You can order food from â€œThe Galleyâ€ (most expensive thing on the menu is 7 GBP), drinks (oddly, the only beer on the menu is Cobra), and theyâ€™ll deliver it to your door , 24 hours a day.

Still, there donâ€™t seem to be very many other guests â€” I talked with one guy from Manchester and a woman from Leeds who both seemed to be very up on the whole experience. Both are on their way to holidays in the Greek Islands and Budapest, respectively.

Iâ€™m not sure Iâ€™d want to spend more than one night in a place like this (particularly if you were sharing the room with someone else, as thereâ€™s not a lot of space). But hey, itâ€™s a really comfortable way to spend an overnight layover.

Cyrus links to a review taken from a press release by Yotel on Treehugger, so I took the liberty to snatch some of their Fotos as the press page of Yotel itself doesn’t give much away: 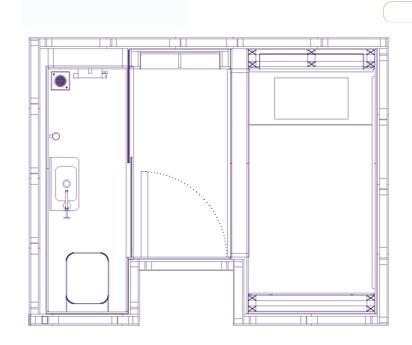 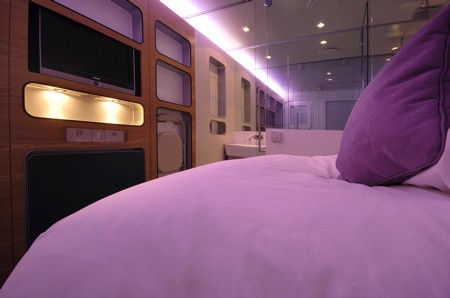 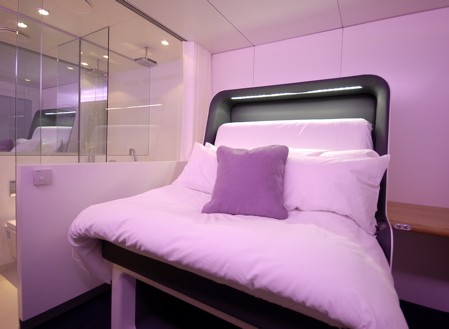 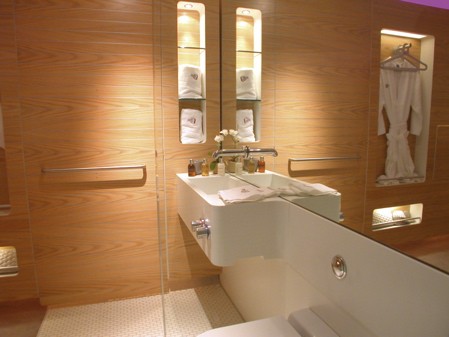 It scores a bit lower than Qbic, but not bad, not bad at all.

Up to the Easy Hotel reviews