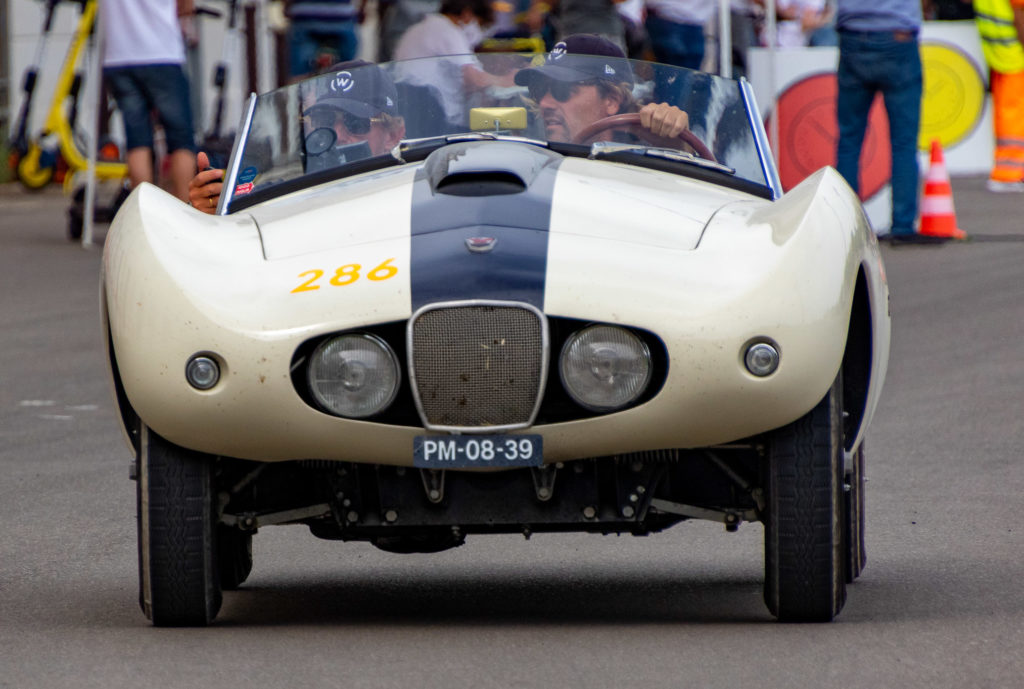 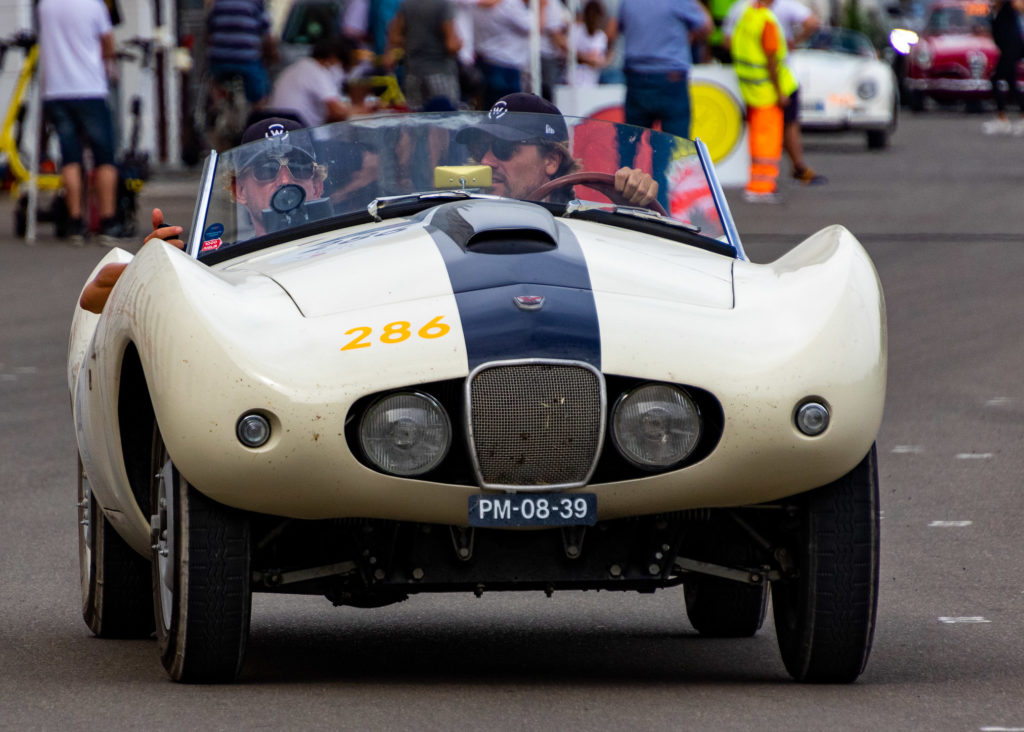 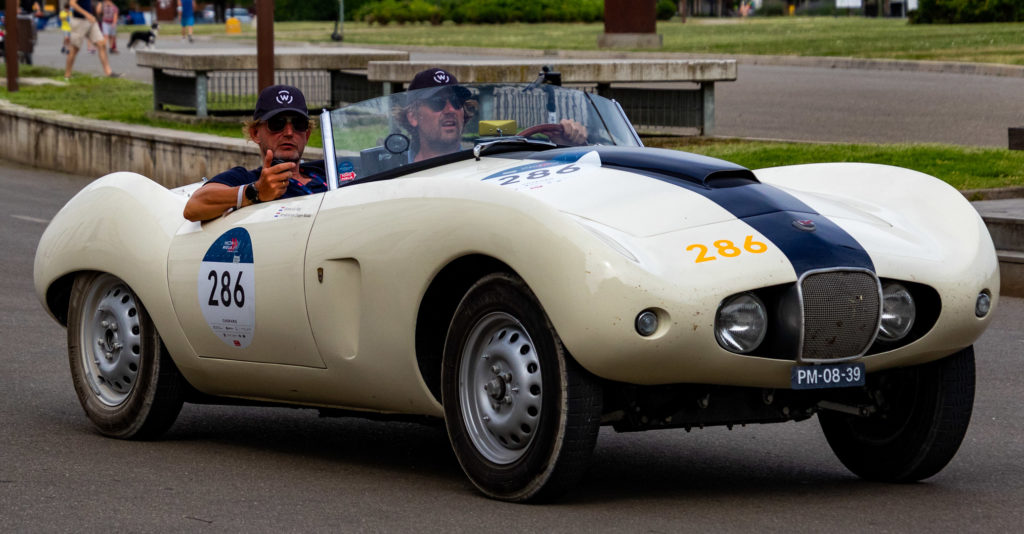 The 2021 Mille Miglia was postponed to Juni 2021. I was able to take photo’s of it for the fourth time and on two days. One while the cars passed Arezzo in the thrird leg an the next day, when the car passed Monza.

On Flickr there is an album growing 2021 Mille Miglia

After my first Mille Miglia experience, the 2017 version, that I watched when the contenders passed the Furlo Pass, a pass in the Via Flaminia where under Vespianus they already dug a tunnel for the road, I got realy hooked . See my first 2017 Mille Miglia Flickr Album

In 2018 I watched them pass just north of Pesaro when driving to Pesaro. Album on Flickr: 2018 Mille Miglia

In 2019 I watched them pass Corinaldo. Probably the most beautiful Borgo (little City) of the Marche, or maybe the whole of Italy.2019 Mille Miglia (Corinaldo)

The photo’s above were taken in Immola of an Arnolt Bertone Bristol Bolide of 1954.

Here co driven by a Dutch Prince, Prince Berhard of Orange, who is a real estate tycone by his own merit and owns the Zandvoort Circuit that will be home to a F1 race this year. 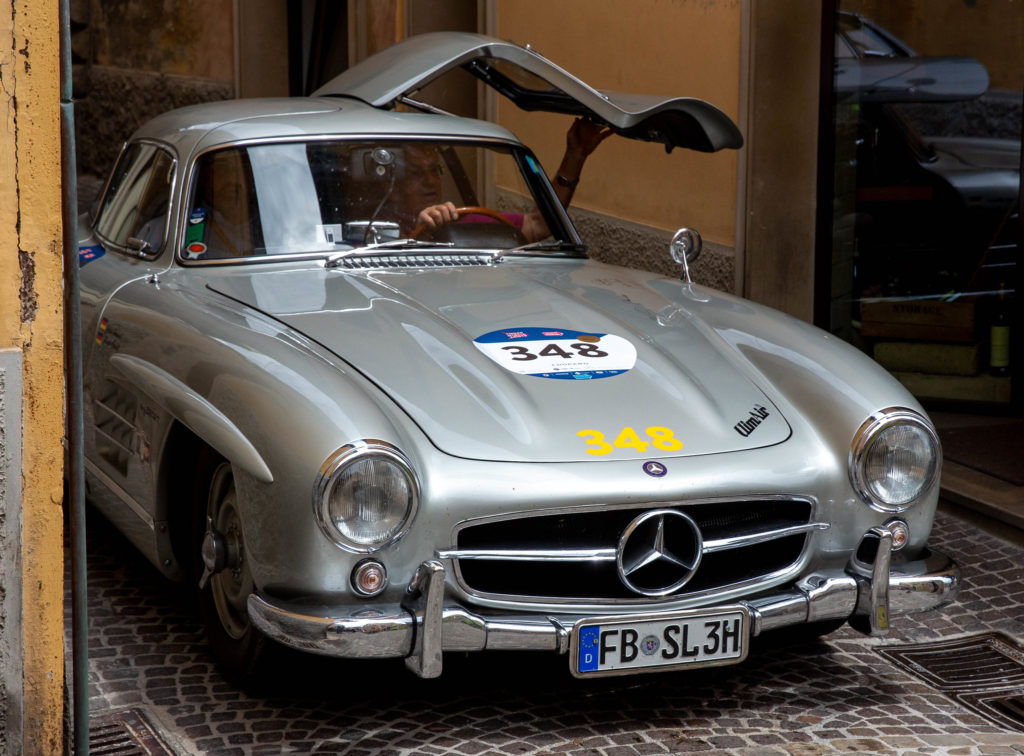 An Obituary in the Guardian discribes his greatest victory in my opinion:

In 1955 Moss won the Mille Miglia, the gruelling time trial around 1,000 miles of Italian public roads, in a Mercedes 300SLR sports car (see photo of the 2019 Mille Miglia Rally Edition). During two reconnaissance runs his co-driver, the journalist Denis Jenkinson, prepared a set of pace notes that were inscribed on a roll of paper, held on a spindle inside a small aluminium box. As they charged from Brescia to Rome and back, Jenkinson scrolled through the notes and shouted instructions to the driver. They completed the course in 10 hours and seven minutes, at an average speed of 97.95mph – a record that stands in perpetuity, since the race was abandoned after several spectators were killed two years later.

After my retirement as a hotelier I’ve fallen in love with The Marche region in Italy. The Mille Miglia rally edition passes through The Marche annually in May (albeit it has been postponed until Oktober this year because of the pandemic). Three times thusfar I’ve photographed a day of passing the historic cars. I love it!

Just before I start publishing my own Mille Miglia photo’s a teaser video.

Anticipating my Mille Miglia day in May 2019:
I’m not a video man, but the Mille Miglia experience is hardly complete without video: This video proves it with the sounds of the various competiting cars….you can almost smell their exhaustfumes hearing them…

The WSC runs over 3,000 km from Darwin in North Australia to Adelaide in South Australia. The start will be on October 25, 2009. 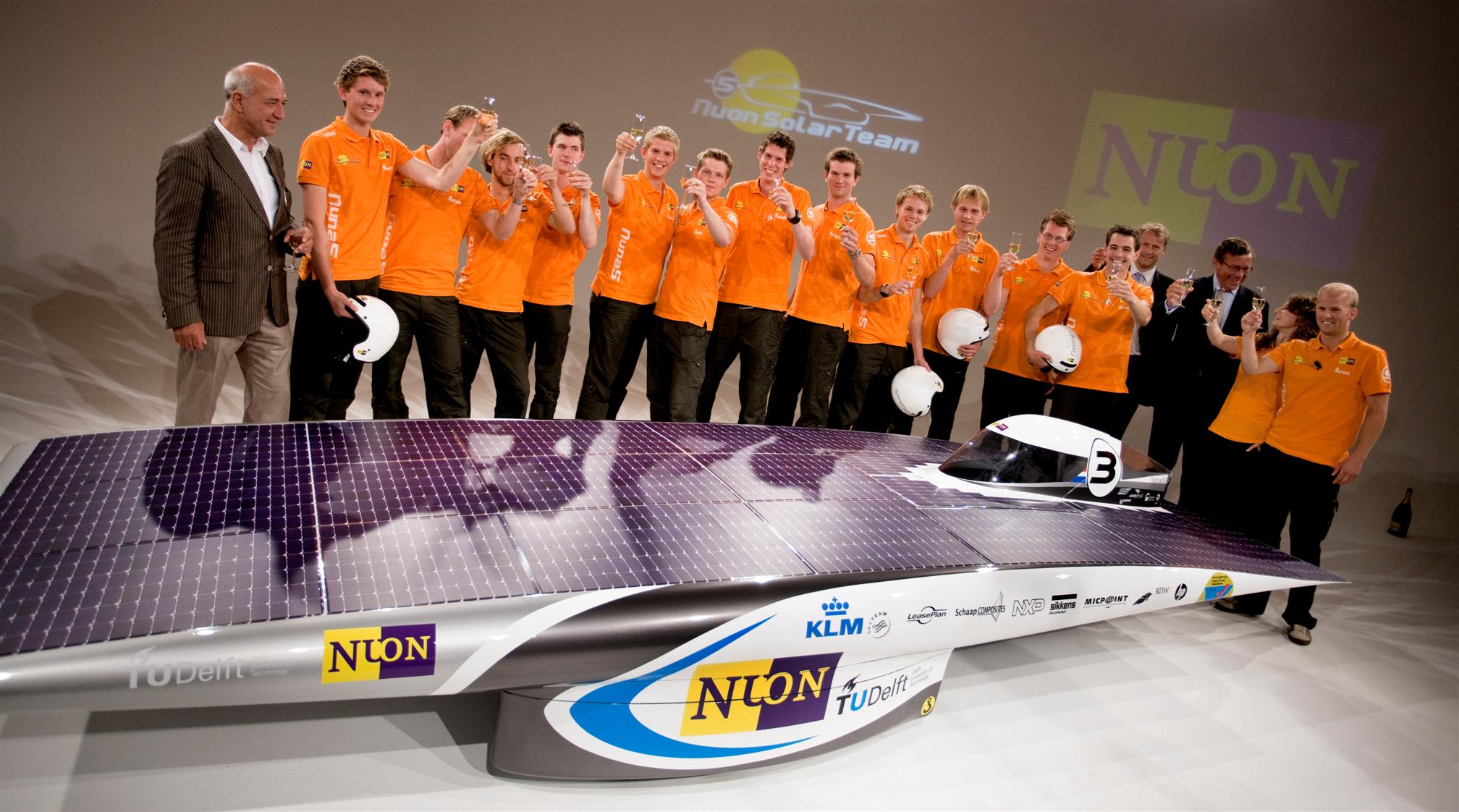 The Nuon Solar Team consisting of 14 undergraduates from TU (Technical University) Delft, led by coach Wubbo Ockels, the only Dutch Astronaut, here left on the photo, have unveiled their entry for the unofficial world championship for solar cars. Nuna5 is ready for the team’s 5th title!

As the Nuon Solar Team has won 4 prior editions, their competitors will be putting every effort in beating them in this challenge. At first glance it seems that the Nuna5 is a further development of proven technology as could be found in its predecessor Nuna4

They have refined two innovations of their former model: The cantilever wing design that enables them to turn the wing with solar cells to the sun and the Fresnel lenses to get more sun rays on the solar cells.

Some WSC History
To me it seems very odd that the “Official WSC Site” gives hardly any information about the 2009 edition. 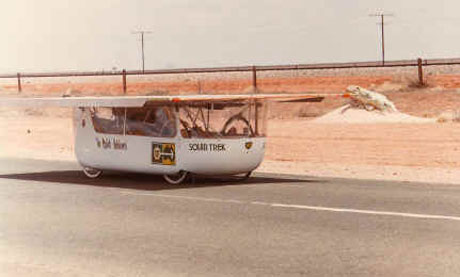 The event evolved from an experiment by Danish-born adventurer Hans Tholstrup who, sponsored by BP, designed the world’s first solar car, called Quiet Achiever, in which he completed the BP Solar Trek, traversing the 4052 km (2,518 miles) between Sydney and Perth in 20 days. That was the precursor of the World Solar Challenge originally held every three years to one held every two years.

After the 4th race Hans Tholstrup sold the rights to the state of South Australia (source World Solar Challenge Wiki).

Results from the former editions:

I believe that all parties involved have a task in bettering their communication. Teams involved communicate in their local languages and there are many loose ends.