Via Yanko Design I came across this new design idea for wineglasses from Sherwood Forlee. 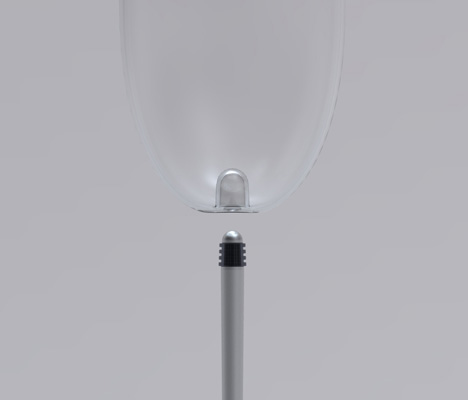 I have been staring at these photos and 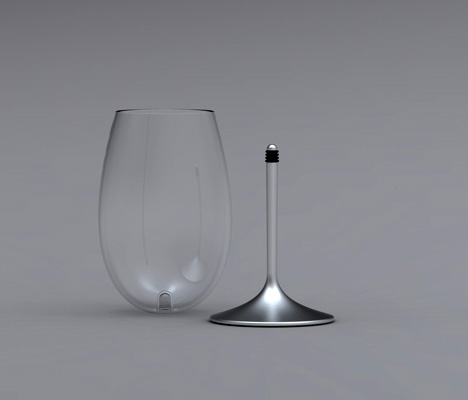 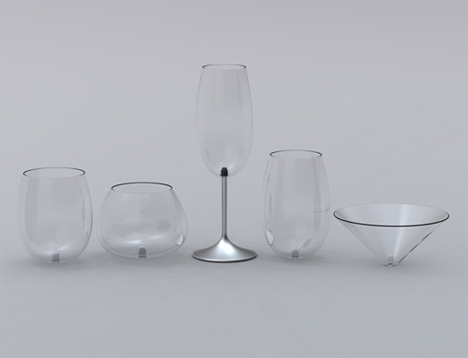 Then it hit me: If the stem is heavy enough and the rubber band strong enough to hold the filled cups it will prevent a lot of wine spillage on your precious table linen. In addition less broken glasses.

So, the one in the know, the guy who has to look after cleanliness of our table linen and of our wine glasses (ie me) has spoken:-)

He is a designer with no design or art education. Instead, he studied fluid dynamics and partial differential equations, and then barely managed to graduate. But graduate he did, and with a high-falutin’ sounding title to boot: “Mechanical and Aerospace Engineer”. Despite this, Sherwood calls himself a designer because it sounds hip and no one likes hanging around a nerd at a party.

Following graduation, Sherwood went to work as a product design engineer. After cutting his teeth at a few firms, Sherwood decided to see more of the world and set out on adventures that would lead him to Tokyo (where he was accosted by the yakuza for trying to sell homemade T-shirts on their territory), the Azores (where inclement weather stranded him for a few days without food in the wild), Zurich (where he was forced to climb a perilous mountain with two massive rental bikes atop his shoulders), and many other places. Today, Sherwood enjoys a more peaceful life in New York City working once again as a product designer.

Still reading? Well then, a little more on Sherwood. He was born in Hong Kong and lived there for about a year. Afterwards, he moved with the rest of his family to Zimbabwe, Africa. It was here in Africa with his wildlife artist father (who, by the way, escaped from Communist China to Hong Kong by means of swimming the shark-infested waters that separate the two) that Sherwood cultivated his passion for adventure, the arts, and travel. Fond memories include throwing stones at bull elephants to make them charge so that his father could get a few good photos to work with before speeding off on a dilapidated motorbike. Nowadays, Sherwood has a bit more regard for his well-being and prefers doing back flips onto hard concrete over being chased by scary animals.