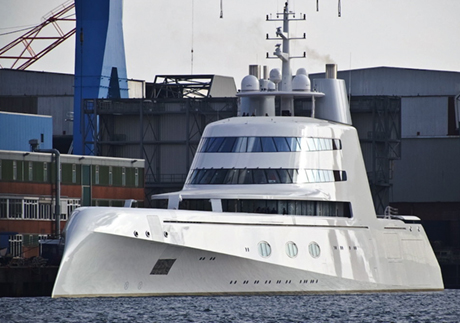 Apparently super yacht A, named after current billionaire owner Andrey Melnichenko’s wife Alexandra, has been delivered: According to a Times Online article, it sneaked to Norway to take three Monet Paintings on board as extravaganza decorations reportedly to avoid some taxes, but I suspect also to avoid some legislation that prohibits export of art. 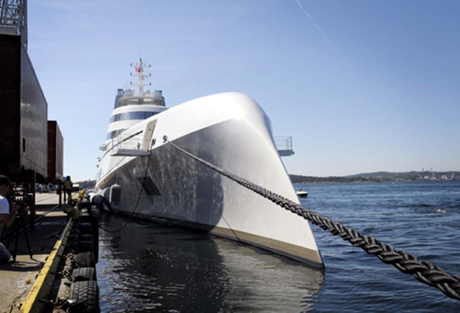 The Internet works very fast because here you see a photo posted by a Norwegian as a comment to the Times article to prove A actually was in Norway. Note its razor sharp bow. 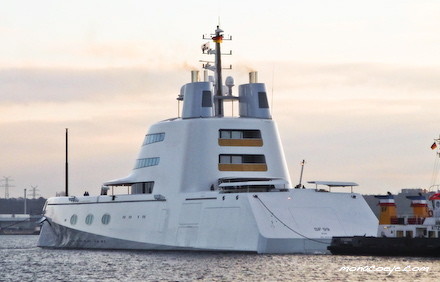 At first glance I thought it was a big white submarine.

Philippe Starck conceived the yacht in 2003. 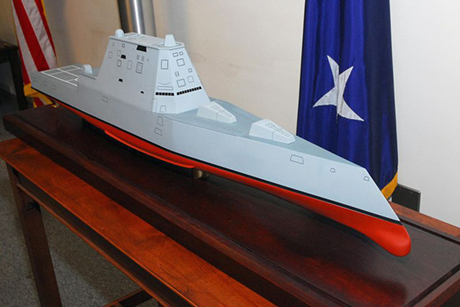 However, more than with a submarine there are similarities in design, especially en profile, with the Zumwalt Class Destroyer. The US Navy is developing this new destroyer class for delivery in 2013. It is named after US Admiral Elmo R. Zumwalt Jr.. 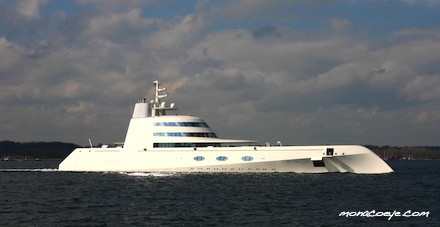 Here it is at a sea trial

Modeling super yachts after commercial vessels was already a trend in super yacht design, but now it becomes more and more apparent that modeling your super yacht after men of war is the new trend in Yacht Design.

I wonder what kind of weaponry the owner has installed in order to fence off pirates and art robbers….
via Monaco Eye