Could one have a better opening press release than one by Andreas Augustin himself? I don’t believe so.

Andreas is the man behind

The Most Famous Hotels in the World

Schloss Velden was officially opened on Sunday May 27 2007 with 7000 guests for the opening ceremony. On Monday May 28, 2007 it was opened for 300 guests who could have their first nap in this Castle originally dating back to 1590.

At the moment I write this I find it a bit strange there is no other form of communication about this opening on the sites:

A Royally missed opportunity I would say in this Internet Millennium….

Rather than reiterating Andreas words, I will remain silent, until I have visited the place somewhere in the first half of 2008 and been able to look around and ride the Woerther Lake, preferably with this Boesch below…. 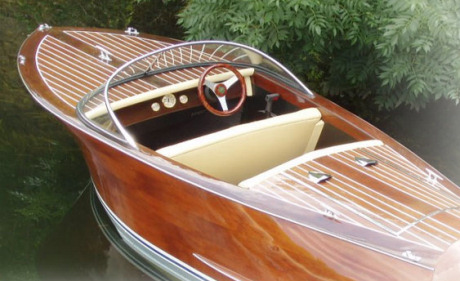 BTW, I have asked former ultimate boss of Mr Horst Schulze who currently operates Capella and is a former COO of the Ritz Carlton Hotel Company LLC, a Marriot subsidiary, i.e. Mr Bill Marriott, whether he would like to comment on this new venture of his former associate Mr Horst Schulze in his Blog Marriot on the move. Why? Because there is some scepsis in the world of travel Bloggers whether the Blog of Mr Marriott is a pure unbiased blog or a simple means of self promotion (proclamation?) of the Marriott on the move community.

We will only post comments that are relevant and appropriate to the Marriott on the Move community. It may take a couple of days for your posting to appear, especially on weekends, or it may not be published at all. We may react to some comments either individually or as a cluster of comments on the same topic. While there is a possibility your comment may not be published at all, we truly hope by laying out the “rules of the road” we will avoid that from happening as much as possible. For example, a posting about a particular element of our service at many our hotels would be addressed on this blog. On the other hand, a posting that raises a specific issue or billing dispute may instead be referred to our Customer Care or another department, so we can work directly with you to resolve the issue. If you a have specific issue or billing dispute, please contact our Customer Care group at https://www.marriott.com/marriott/contact.mi. You should not assume that a posting on this blog constitutes notice to Marriott of any such matters or for any legal purposes.

The bottom line is that we want to hear from you – both the positive and negative!

Posted By: matz (27/05/2007 10:16:28 PM)
Comment: Quite a blog you run. Everyone seems to love uncle Bill and the Marriott hotels. Why not, for the sake of honesty, publish less complimentary comments (my comments were ignored. I will find other venues outside the “family” As a lifetime platinum guest ,more recently a former guest who prefers to boycott your operation, I am highly insulted Your community service is admirable. Pay attention to your non-existing customer service

I was trying to weed out dead links in various posts and found out this:

We are sorry to inform you that Schloss Velden is no longer managed by Capella Hotels and Resorts. We hope, however, that you will choose to visit one of our other Capella Hotels.