General
This post has been on my back burner for quite some time.

The reason i have revived it is that Buenos Aires is moving up on my wish list to visit. Also I realise there is nothing wrong with ongoing work on posts once published.

Originally I copied and pasted an article that Ian Mount wrote for the Wall Street Journal under the title The SoHo of Buenos Aires – How hip, deal-seeking tourists are transforming a once-sleepy area- dated October 14, 2006.

Why copy a complete article? Because WSJ is notorious for moving around their content and hiding it behind all sorts of barriers. Chance that if you see it once you will never be able to find it back, let it be point your reader to the original article.

Then I stripped it because my main area of interest is the real small Luxury Buenos Aires Hotels and in particular the people behind them.

Finally co author Willem on Dutch Blog Weekendhotel gave some ideas in a post since he spent a couple of weeks in Buenos Aires in 2007.

So in line with my New Year’s Resolution to press the “publish button” more often, I post this and also tag it as WIP (for work in progress) to remind myself that it is a work in progress that occasionally needs some attention

For the past three years, Buenos Aires has quietly attracted the attention of international travelers looking for a cool but cheap destination as Europe became prohibitively expensive. Buenos Aires offers some of the old-world chic of Paris or London at a fraction of the cost.

This tourist influx is prompting a new movement to open up the city’s fringe neighborhoods, with a wave of new boutique hotels, Argentine-fusion restaurants and stores featuring cutting-edge work by local designers. Much of this is concentrated in the once-quiet middle class neighborhood of Palermo — far from touristy areas such as Recoleta and Microcentro.

A glut of former grand houses on Palermo’s cobblestone streets is attracting investors — both local and foreign — who are transforming them into stylish hotels that can involve less risk and less capital than bigger projects. Across the city, there are about 20 of these designer hotels — a cross between a cozy bed-and-breakfast and a high-end hotel with all the perks — . These intimate hotels can command relatively high rates, anywhere from $80 to $140, because travelers are willing to pay for an experience that feels more authentic. Many are in Palermo, while others are in the gritty, antique-filled neighborhood of San Telmo and in Las Canitas, known for its upscale restaurants and apartments.

The small hotel movement dovetails with changes in Argentine tourism. When the country’s industries were undergoing large-scale privatization during the Menem presidency in the 1990s, 70%-80% of visitors were business travelers who stayed at chain hotels, says Juan Luis Paredes, a senior hotel, tourism and leisure consultant at Horwath. Overall, average hotel occupancy rose from 41% in 2002 to 72% three years later, according to an annual HotelBenchmark Survey by consulting group Deloitte. Daily room rates increased by more than 30% over that time.

So there are about 20 Super Boutique Hotels in Buenos Aires, 8 of which I will describe here:

Krista
The French-style mansion in the neighborhood of Palermo was once the family home and practice of Dr. RaÃºl Matera, a private doctor to former President Juan PerÃ³n. It had become a derelict building.

In 2004, two locals gutted the house and turned it into a 10-room hotel, called Krista, filling it with art nouveau furniture and serving croissants in the room where patients once had their temperature taken. “I never thought of running a hotel,” says co-owner Cristina Marsden, a 34-year-old former marketing executive. “But when the dollar rose against the peso and the city filled with foreigners, I saw the advantage.”

Soho All Suites
The minimalist Soho All Suites offers longer-term stays, with rates from $120. It is located not far from 1555 Malabia House.

Home
UK record producer Tom Rixton and Argentine PR Director Patricia O’Shea got the idea for Home when they got married in 2002 and found out there were hardly hotels suitable to receive their wedding guests.

Patricia says that since they opened the hotel in December 2005, competition in the area has been heating up. She suspects some aspiring hoteliers of sending spies to check out her operation, which features antique French wallpaper and a 3,000-square-foot garden. The tipoff, she says, is when locals come for just one night, ask a lot of questions about how she runs the business and then check out with a suitcase full of the hotel’s “Do Not Disturb” signs and laundry bags: “I can spot them from a mile away.”

Bobo
Price hikes are one of several problems for travelers. At Bobo, an 85-year-old mansion in one of the most upscale areas in Palermo, prices start at $100, up from $80 when it opened in 2004. Hotel manager Belen Albertelli says the reason for the rise was an increase in overhead due to the country’s 10-12% annual inflation.

The Cocker
For hoteliers, not all new projects are guaranteed to go up without a hitch. Two years ago, English couple Ian Spink and Aidan Pass bought and began to renovate a 3,500-square-foot, three-floor apartment in a old San Telmo building. Soon after, they say a neighbor threatened legal action to halt the conversion of a roof terrace into a room. Other building residents objected to problems caused by the construction crew.

The couple’s $125,000 investment is now a five-room hotel. It is named after their dog. On the wall behind the reception desk, Mr. Pass has painted a black-and-white, Guernica-like mural of men grappling and fighting — a symbol, he says, of the fraught construction experience. In the top left, a women peacefully sits cross-legged. “She symbolizes the future,” says Mr. Spink.

Mansion Dandy Royal
Via Hotels of the Rich and Famous:
The Mansion Dandi Royal Offers A Full Spectrum Of Amenities – Elevators, Laundry Service, Swimming Pool, Jacuzzi, Gym, Solarium, 2 Exquisite Indoor Patios, Computer Room, Meeting Room, 2 Spacious Elegant Salons With Superb 1925 Original Wooden Floors For All Sorts Of Events, Excellent Sound Systems, 2 Stages For Shows And Rehearsals. -mansion Dandi Royal Has An Excellent Staff Always Willing To Indulge And Cater To Its Guests,who Also Have The Possibility Of Taking Private Or Group Tango Lessons At The Dandi Academy. -the Hotel Has 15 Rooms On 5 Floors.

Design Suites
I had spotted Design Suites already inJune 2006. When I now look at their site I have the strong impression that the place is really well designed, but lacks the personal note.

More to follow with updates and grateful for any suggestions from my readers. 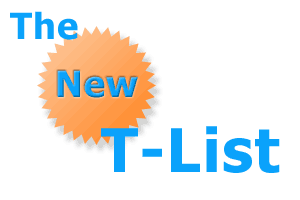 I try to keep track of both on my T-List and L-List page and before I add the suggestions of Cesar, I counted today 122 T-Listed Blogs and 44 L-listed Blogs.

And now Cesar Gonsales of the multi authored Argentina’s Travel Guide has given it a further kick by his post The New T-List and giving us an easy to read Table of the T-List which is most informative and he also created a new logo.

Cesar is the is the Layout-and-Code- Monkey-in-Residence for Argentinaâ€™s Travel Blog. He will occasionally sneak in a post, but for the most part stays behind the scenes and lives vicariously through reading (and editing, and laying out, and uploading) the wonderful adventures of our other writers.

Great Idea by the way to put your country on the map: A Country Travel Blog Guide.

Its amazing to see how these initiatives start to reflect all over the world. Also notable is that the more the lists spread, the more well known travel and tourism Blogs are creeping into the lists:-) 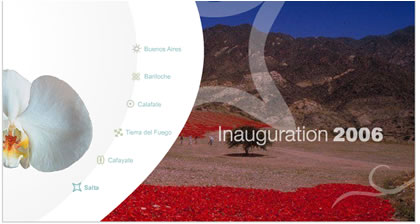 Once I stumbled already upon their website Design Suites and now I want to share this with you, as they have interesting all suite developments in the pipeline for 2006 and 2007.