I must have been under the rocks not noting one of the biggest mergers in Hotel History – 4 years ago – whereby Marriott Acquired Starwood for 0.8 of its own shares and $21,- in cash per starwood share. 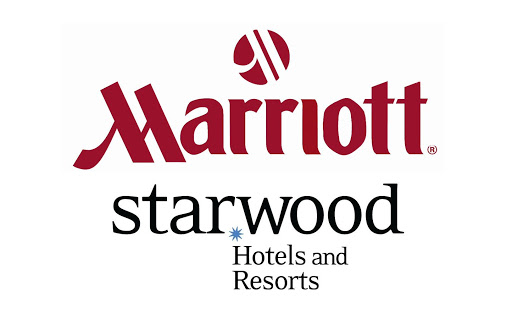 From the Marriott press release:

At closing {ed: Mid 2016} Starwood stockholders will receive 0.8 shares of Marriott common stock plus $21.00 in cash for each share of Starwood common stock.

As previously announced, the parties have cleared the pre-merger antitrust review in the United States and Canada and multiple other jurisdictions. The transaction remains on track to close mid-2016 pending completion of Starwood’s planned divestiture of its timeshare business expected on or around April 30, 2016, obtaining remaining regulatory approvals, including in the European Union and China, and the satisfaction of other customary closing conditions.

About Starwood Hotels & Resorts Worldwide, Inc. Starwood Hotels & Resorts Worldwide, Inc. is one of the leading hotel and leisure companies in the world with nearly 1,300 properties in approximately 100 countries and approximately 188,000 employees at its owned and managed properties. Starwood is a fully integrated owner, operator and franchisor of hotels, resorts and residences under the renowned brands: St. Regis®, The Luxury Collection®, W®, Westin®, Le Méridien®, Sheraton®,Tribute Portfolio™, Four Points® by Sheraton, Aloft®, Element®, along with an expanded partnership with Design Hotels™. The company also boasts one of the industry’s leading loyalty programs, Starwood Preferred Guest (SPG®).