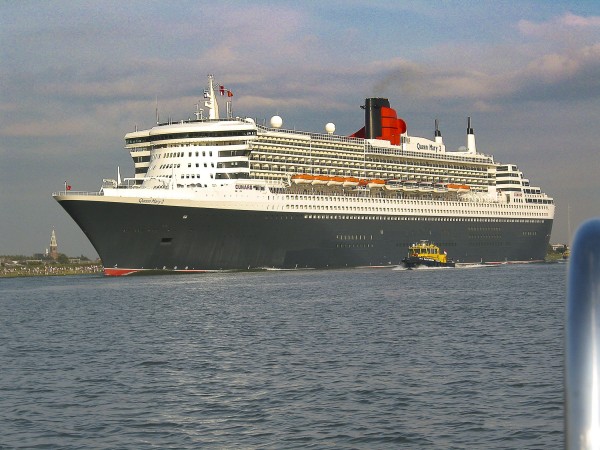 We met her a bit upriver Passed her and saw her ginourmous wake without having real speed for the first time. Notice the slightly plump backside 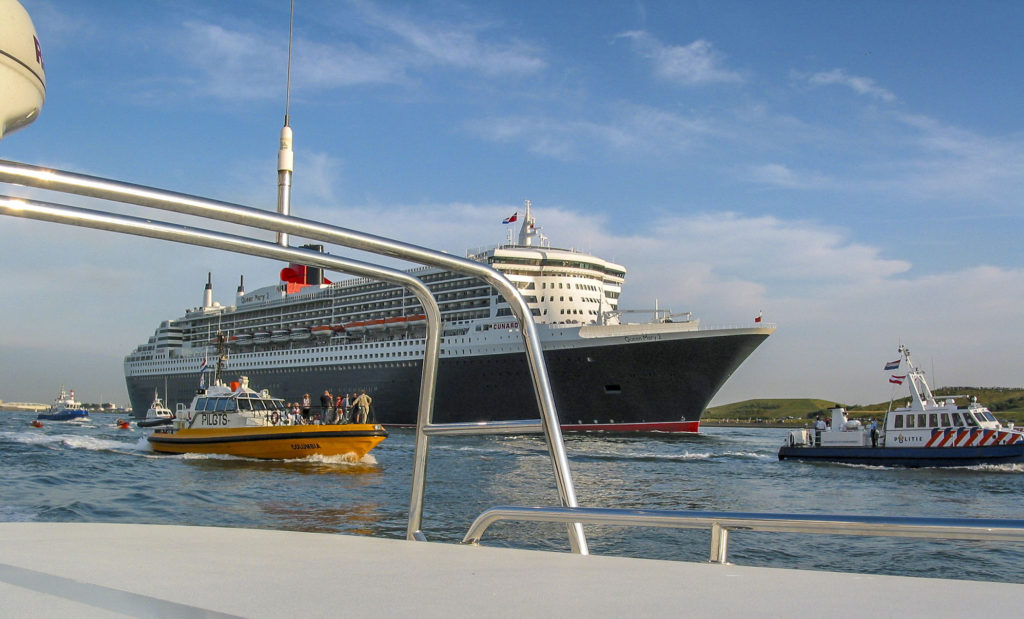 Turned around and passed her again 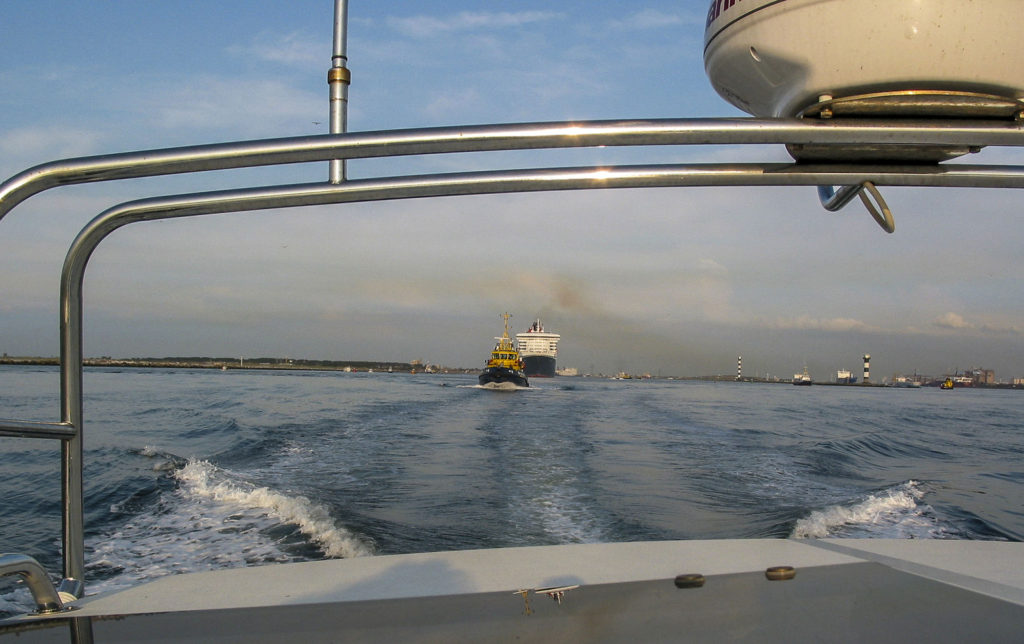 Sailed in Front of her

Sailed in Front and let her come closer

Watched al the spectators lined up in Front of the Radio Port Rotterdam building in Hook of Holland. The first 3 rows would get wet feet from the wake when she passed. 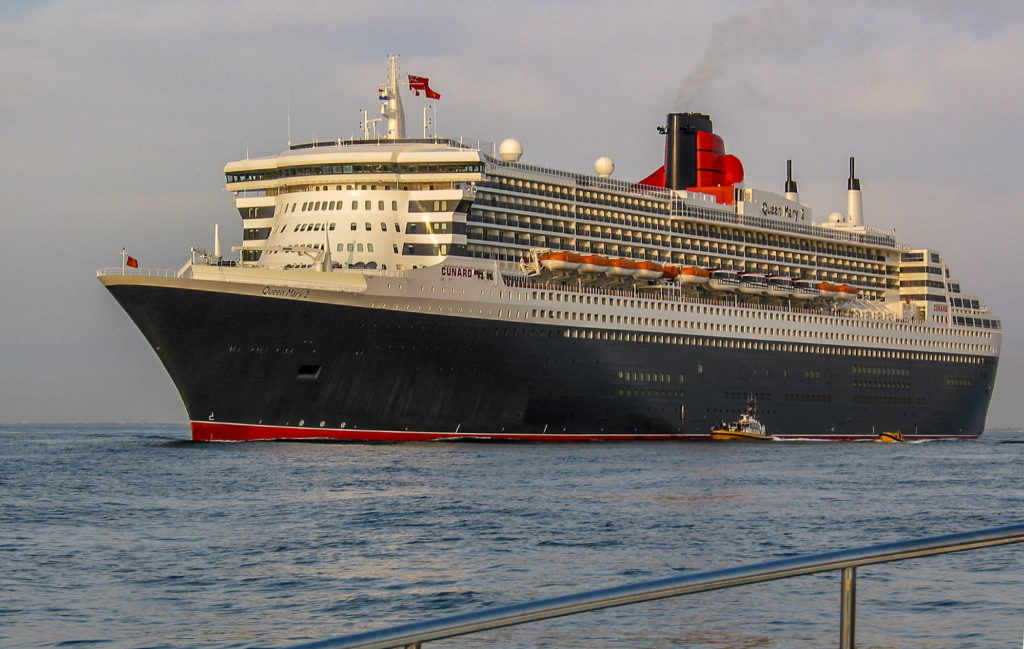 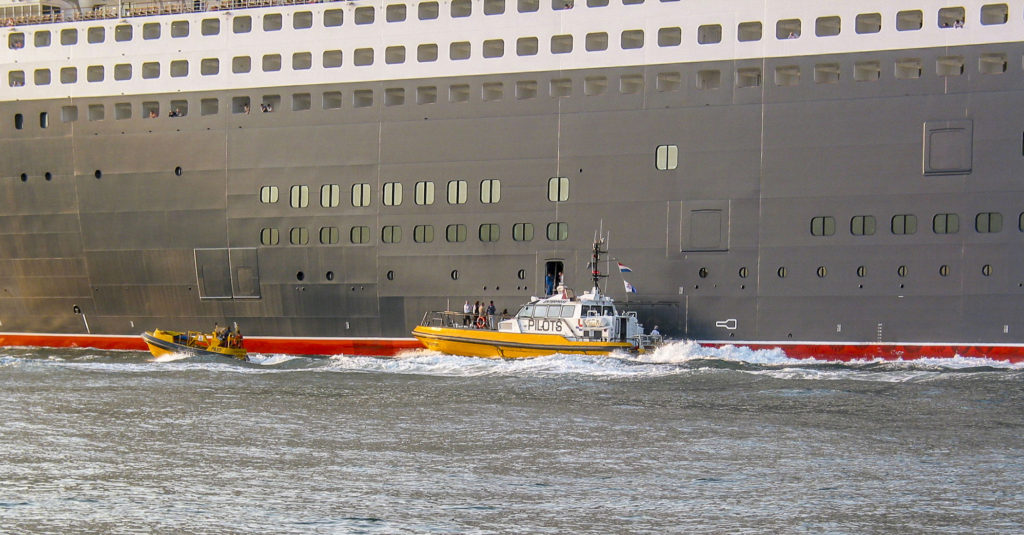 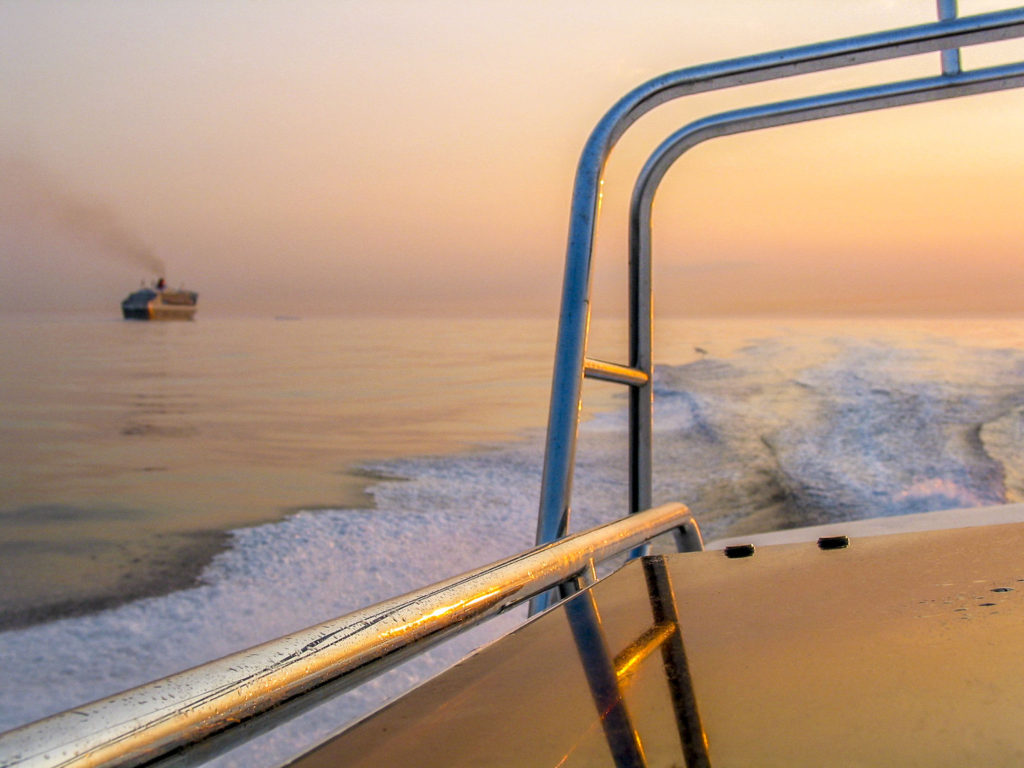 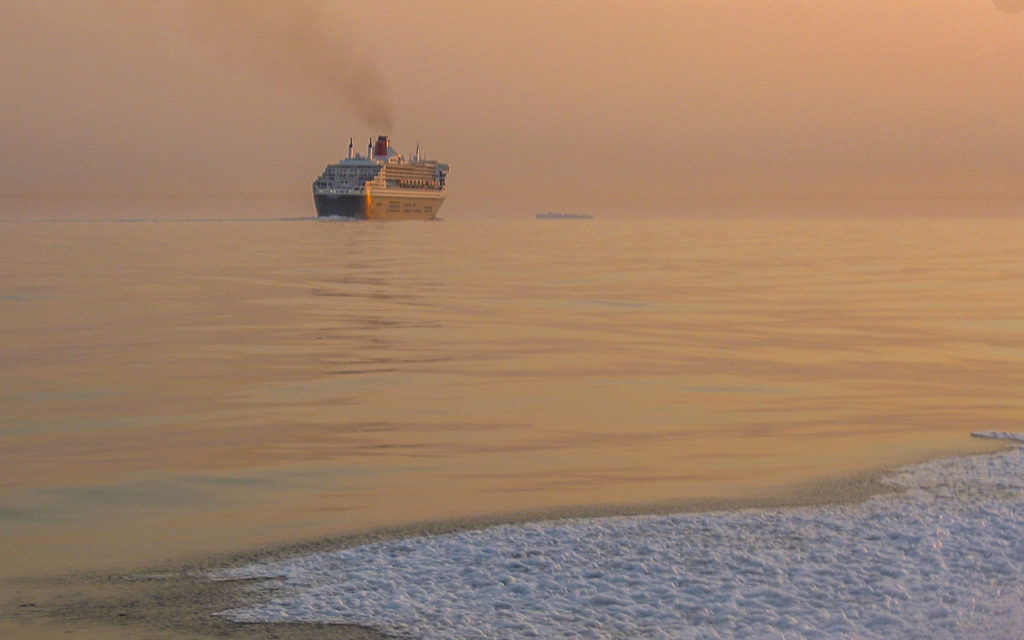 And said “Goodbye” when she literally sailed into the sunset.

In 2004 we still had our hotel Haagsche Suites and our boat Haagsch Schuim and even sometimes some money to to fill the tank of the gasoline guzzling 500 HP of the boat and some time to have adventures.

With hindsight one of the best trips was that of July 21 2004. We departed from Scheveningen in the afternoon and sailed to the Nieuwe Waterweg, which is the name of the water connection between Rotterdam and the North Sea. It took us only 3 quarters of an hour. We would encounter the Cunard cruise liner Queen Mary 2, which was inauguratede in Spring 2004 as the largest cruise liner of that year. It was its first visit to Rotterdam for just one day and thousands and thousands spectators were looking on, both in the city where she was berthed in front of the old head office of the Holland America Line and a new cruise terminal, and alongside the Nieuwe Waterweg. Estimates were around 200,000 visitors.

We met it a bit upriver and consorted it to the North Sea together with various other boats, part private and part in function like Pilot tenders, Dutch Police Patrol Boats and Rotterdam Port Authority Patrol vessels.

When QM2 entered service in 2004 on the Southampton to New York route, British Royal Mail granted it the RMS (Royal Mail Ship) designation (prefix) as a gesture to Cunard’s history.