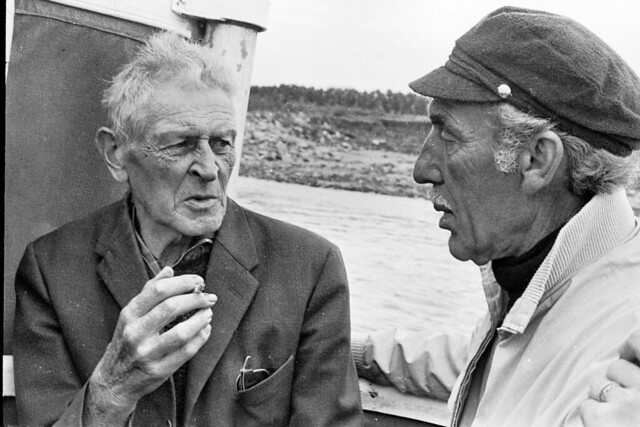 40 years ago I had just bought my first analog reflex camera, a Fuji. I had only a 50 mm lens I had to poke in the face of the guys. In addition I had time to develop and print my own black and white photographs.

Both happy guys were retired KLM pilots. They were happy because they had survived the age they were supposed not to survive because everybody believed in those days that intercontinental flight pilots would not become old as they suffered double because of working in shifts and working in time differences.