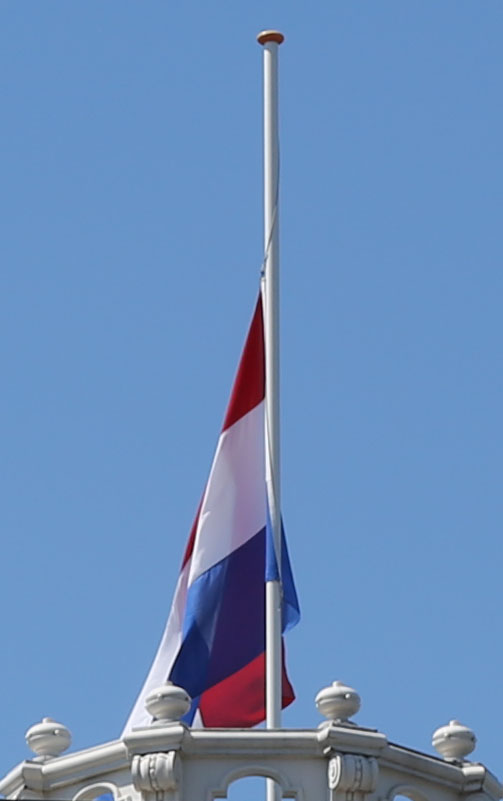 The Netherlands was shocked when it learned Malaysian Airplane, Flight MH 17, crashed in Ukraine. Presumably the crash was caused by Russian backed rebellions who fired an anti aircraft rocket to it. Of the nearly 300 passengers and crew almost 200 fellow Dutchman died in the crash. There were 80 children amongst them.

In an earlier speech the Dutch Minister of Foreign Affairs thanked the UN Security Council for adopting a resolution that condemned this act.

Wednesday July 23 was a day of National Mourning in the Netherlands. The first 40 bodies came home…