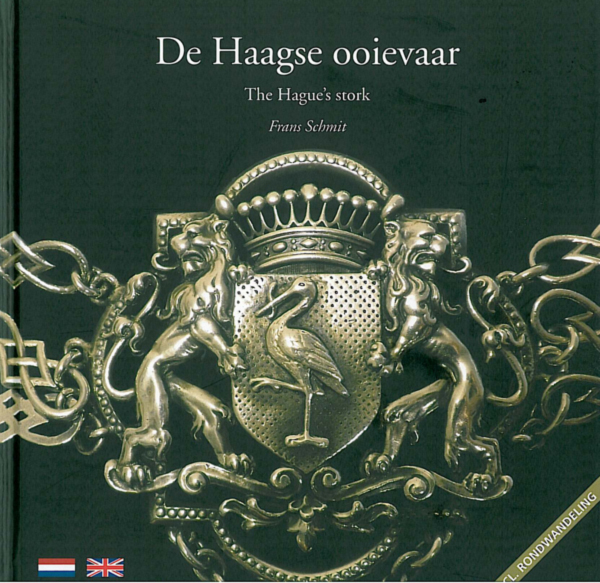 It’s official now: The stork in The Hague’s coat of arms has its own book: The Hague’s Stork by Frans Schmit. The cover of the book has a photo of the official silver livery collar of the Mayor of The Hague which, of course, has a stork in it.

Today, on his birthday (hence on july 7, 2011 at 7.00 hr PM), Frans Schmit presented the first copy of his book officially in Paagman’s bookshop.

It features many photos of the stork and has a walking route through the Hague Center that highlights all the storks that you can find at various buildings. Frans has collected over 1.400 storks thusfar and discovers every day more photos. You can find a large part his collection on his Flickr set De Haagse Ooievaar

2 thoughts on “The Hague’s Stork by Frans Schmit”