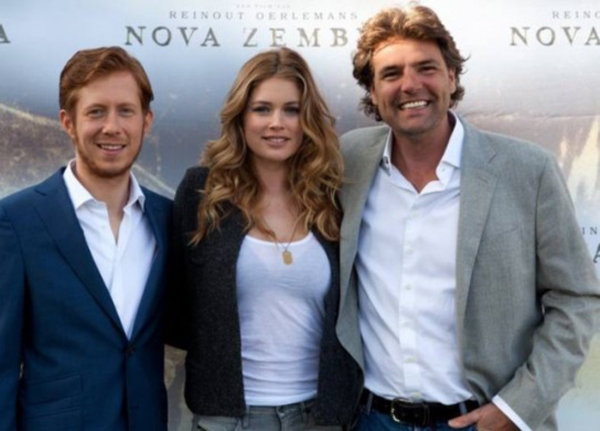 Doutzen is probably one of our best export products. As a top fashion model she’s been the face of L’Oreal and Victoria’s Secret – Uhm maybe more than just a face…recently.

In January, 2011 the 25 years young lady has given birth to a healthy young daughter and just 8 weeks thereafter the media proudly announced her belly was back in form…

Yesterday it was announced (also by herself on Twitter) she has landed a Feature Film role for a project of Eye Works, Nova Zembla. It will tell a story about Dutch navigator Willem Barentz who attempted several times to discover a North East passage to India above Siberia. One of his attempts ended in his ship stuck in a field of icebergs which caused the crew to stay at the Nova Zebla Island during the winter of 1596.

I predict that Doutzen’s warm voice and personality will cause the ice to melt.

As I said earlier: The Netherlands is worth a trip solely to enjoy the beauty of its women! A (Michelin Guide) three star country in that respect.