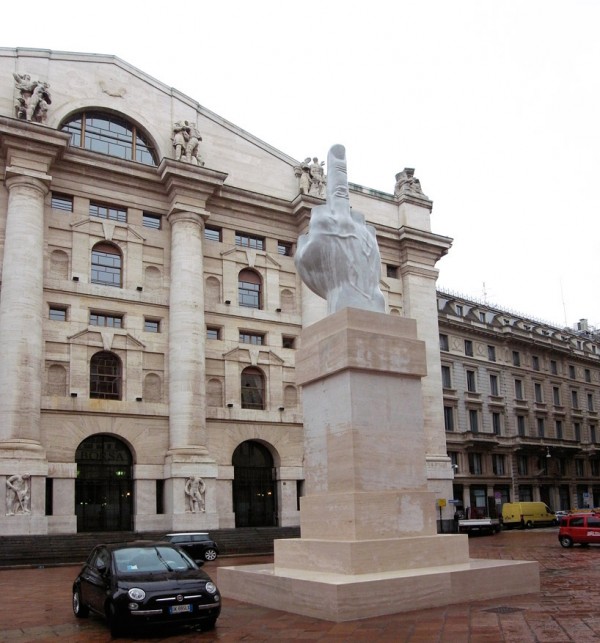 Via Designboom I came across Maurizio Cattelan’s finger which is on display in front of the Italian Stock Exchange in Milan. Maurizio is know for his tongue in cheek sometimes controversial art installations. The big question here is whether it is the vox populi against the bankers or the bankers against the people…Notice the two status symbols parked there, the Mini and the Fiat 500 retro editions.

The statue was created especially for and donated to Milan, but immediately refused by the city’s administrators.

‘We want to be confirmed as the capital of contemporary art’, the city’s administrators officially stated, ‘and we have to not only mediate but also accept what we do not like’.

Therefor it is only on display during the 10 days of Milan’s fashion week….

Interview Magazine has an insightful interview with the artist provocateur as the Italian Media have coined him.