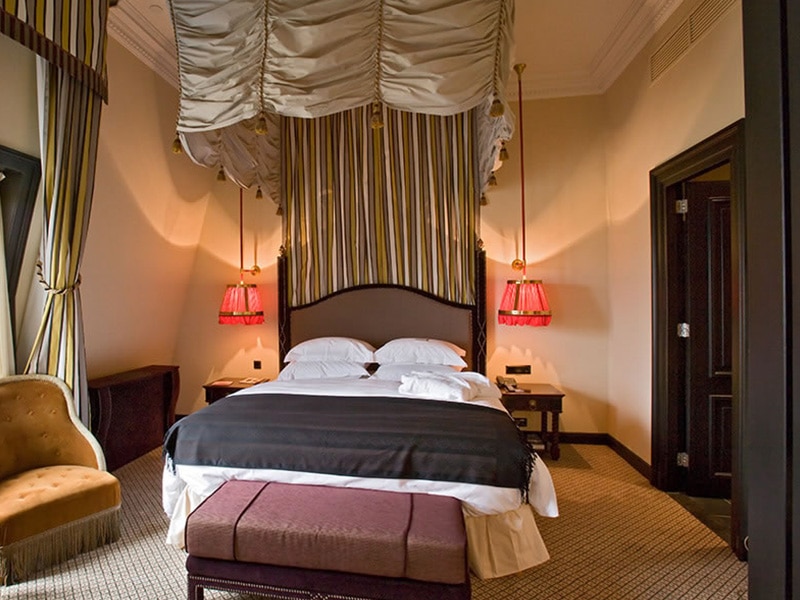 Pehac, Pan-European Hotel Acquisition Company N.V., is a blank check company recently formed under the laws of the Netherlands as a public company with limited liability (naamloze vennootschap or N.V.) to serve as a vehicle for an acquisition of one or more operating businesses in the hotel industry in Europe. It is AEX listed since spring 2007.

According to a press release dated 16nd November 2007:

PEHAC announced today that it has signed a stock purchase agreement with sellers Lehwood Vienna GMBH, Starman Deutschland Holdings GMBH and Lehwood Netherlands Holdings B.V. to acquire a freehold interest in Le Meridien Grand Hotel Nuremberg and leasehold interests in six additional hotels, including Le Meridien Park Hotel Frankfurt, Le Royal Meridien Hamburg, Le Meridien Stuttgart, Le Meridien Munich, Le Meridien Vienna and Le Meridien Hotel Des Indes in The Hague. Further, PEHAC announced that it is in final negotiations regarding the proposed acquisition of a leasehold interest in Le Meridien Barcelona, a 229-room hotel, from Starman Hoteles Espana. Assuming the successful completion of each of these transactions, these hotels will continue to operate under a license and management agreement with Starwood Hotels and Resorts Worldwide Inc.

PEHAC believes that this combination of acquisitions offers a rare opportunity to acquire a platform of high-quality hotel properties in key-European cities, enabling it to pursue a successful buy- and build strategy.

The portfolio, excluding Le Meridien Barcelona, represents an aggregate of 1,819 hotel rooms and is expected, based on performance year-to-date, to generate approximately â‚¬102 million in revenues in 2007. Under the terms of the stock purchase agreement, the total purchase price, excluding Le Meridien Barcelona, will be â‚¬ 49.25 million, and is expected to be closed in cash, without the use of debt financing. PEHAC will commit to spend an additional â‚¬ 10 million for necessary capital expenditures, which amount is expected to be used primarily for the refurbishment of the freehold property in Nuremberg. Each of the other hotels subject to the stock purchase agreement as well as the Barcelona property have been extensively renovated in recent years.

Based on operating results in 2007 and estimates it believes to be reasonable for the coming year, PEHAC expects the portfolio of hotels, excluding Le Meridien Barcelona, to achieve approximately â‚¬ 8.0 million in earnings before interest, depreciation and amortization, or EBITDA, in 2008.
Given the high-quality assets in the portfolio, and assuming the successful implementation of a pro-active asset, property and project management strategy and the continued implementation of Starwoodâ€™s respected management system and favorable market conditions, PEHAC believes that there is significant potential for further operating improvements for the portfolio.

Well…what will happen with the name now?