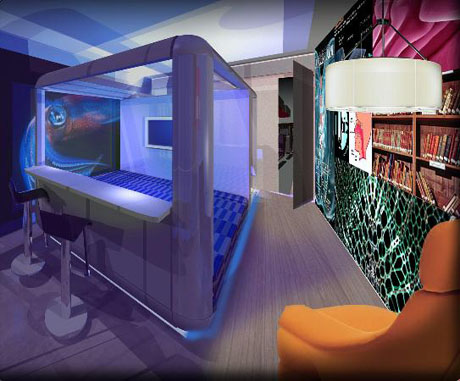 Photo (or artist impression?) thanks to the Trip
Advisor review mentioned below.

I announced the Qbic Hip Hotels concept in a post in November last year.

Since the news of their belated opening I have been looking for guest reviews for Qbic Amsterdam.

Now they are out:

This is not bad, not bad at all! I congratulate Qbic with this success, especially as it looks as if Qbic is sold out continuously.

4 thoughts on “Qbic Amsterdam: First guest reviews are in!”