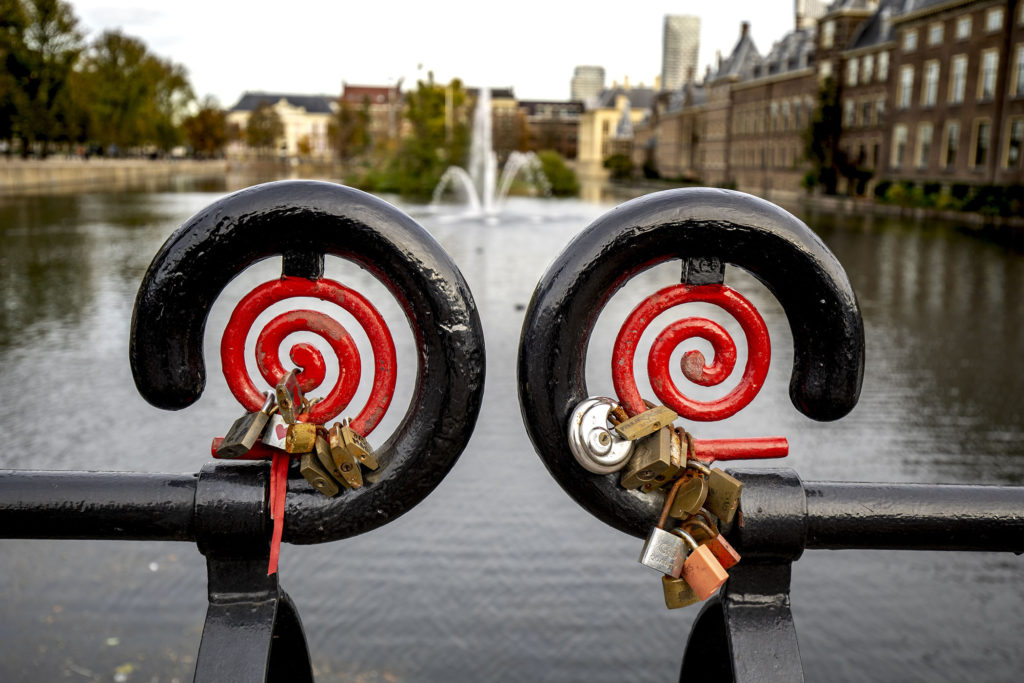 The pond, or maybe more precisely the little lake that borders on the houses of Dutch Parliament is collecting locks like other places visted a lot by tourists. 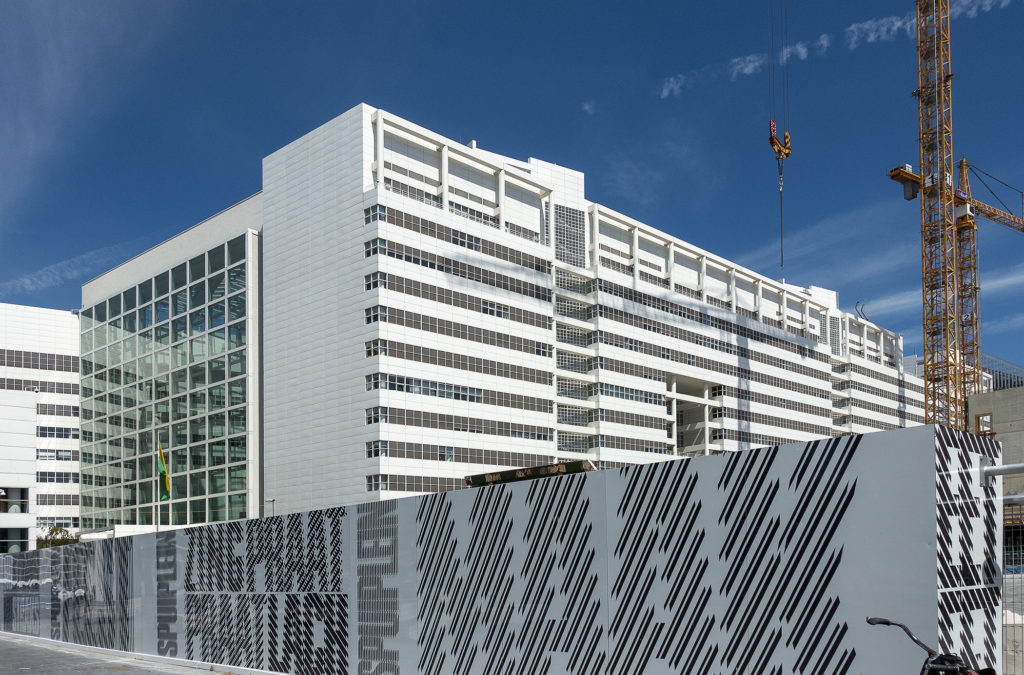 For 2019 I have decided to publish more of my photo’s albeit relevant or not so relevant. This photo was taken in June 2018 while a fence hid the building site of the new neighbour of The Hague’s City Hall. The new Music annex Dance Theater annex Music School of The Hague. The neighbour will be less white than the Ice Palace as is the local term for the City Hall.

Update: And I have created a special Category for it: Photo of the Day.

I just went on and bought it, basically because some people rave about it. Eyefocus being the main reason. The second reason is its ability to shoot fine video. The third reason I can use my Canon lenses with it whie using a Sigma converter.

But you need a manual or two or at least some instruction. Polin does a good job with this video.

The next one is very handy for setup Hofwijck (Dutch pronunciation: [ˈɦɔfʋɛik]; or Vitaulium in Latin) is a mansion built for 17th-century politician Constantijn Huygens. It is located in Voorburg on the Vliet canal from Den Haag to Leiden

After he became a widower, Huygens bought land on the Vliet in Voorburg with plans to build a summer home. At the time it was quite fashionable to have a summer home on a river or canal, and old maps of Voorburg show Hofwijck as one of many. The building itself and the gardens (originally on both sides of the Vliet) were designed by Huygens himself in cooperation with the Dutch architect Jacob van Campen. The estate was to be “a harmonious piece of paradise on earth, with a garden in God’s image and likeness.” Huygens was very much inspired by the works of classical Roman architect Vitruvius. Another Dutch Architect, Pieter Post, was in charge of the actual building activities.

The building was erected in unplastered brick and is in the Classicist style. It stands in the centre of a square swan pond.[1] Hofwijck was inaugurated in 1642 in the company of friends and relatives.

If you book me as a skipper on the Willemsvaart on a nice day, you can make a similar photo. This weekend we have some snow in The Hague and Scheveningen and here is a photo of the Needle of Scheveningen. The Needle commemorates William V boarding a fisherman in 1795 when the French almost occupied The Netherlands entirely and Amsterdam was taken over by revolutionaries who proclaimed the Batavian Republic. He fled to the UK. His son landed at the same place in 1813 after the French were defeated. In 1815 he became King William I of The Kingdom of The Netherlands. The red tower on the right is the Scheveningen lighthouse. Both have white snowy stripes.