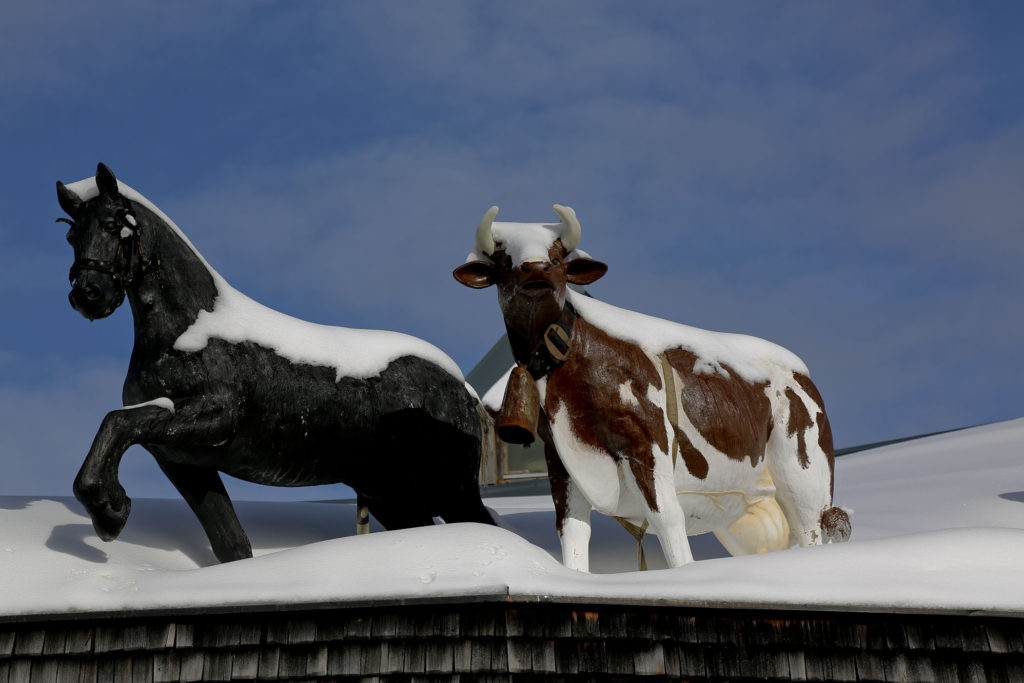 The second post in a series I started yesterday: Photo of the Day. The idea is to publish more of my photos, albeit fresh albeit from my huge digital archive. This photo dates from 2014 when I skied few days in Grossarl, a little town in Austria where they had a statue of a Horse and a statue of a Cow on the roof of the restaurant next to the mountain station of the cable car that brings you from Grossarl to the ski region above it. 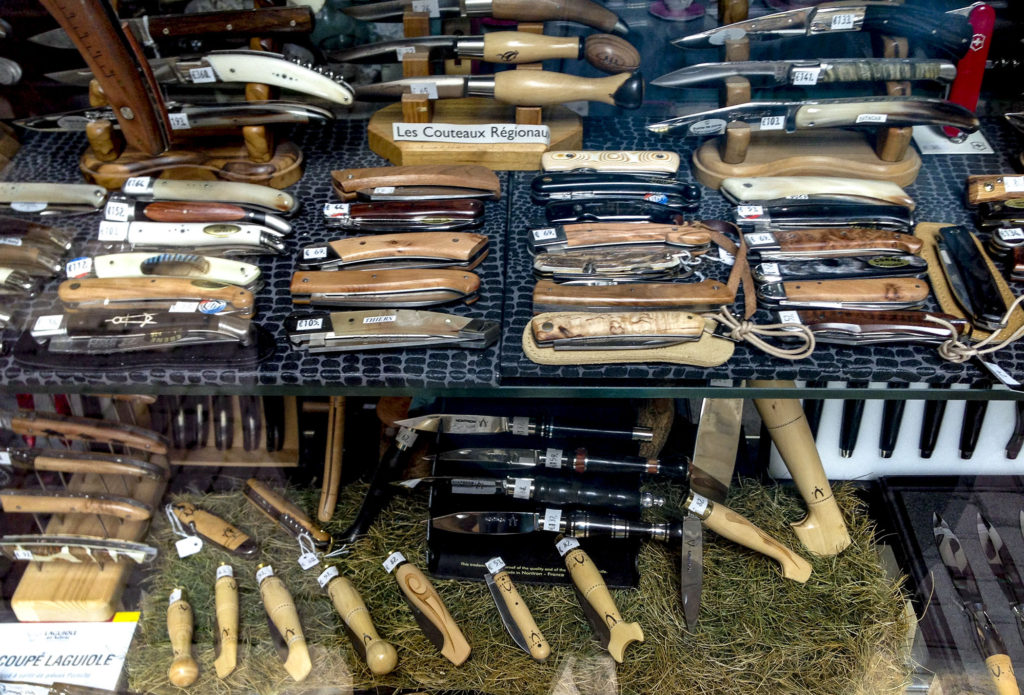 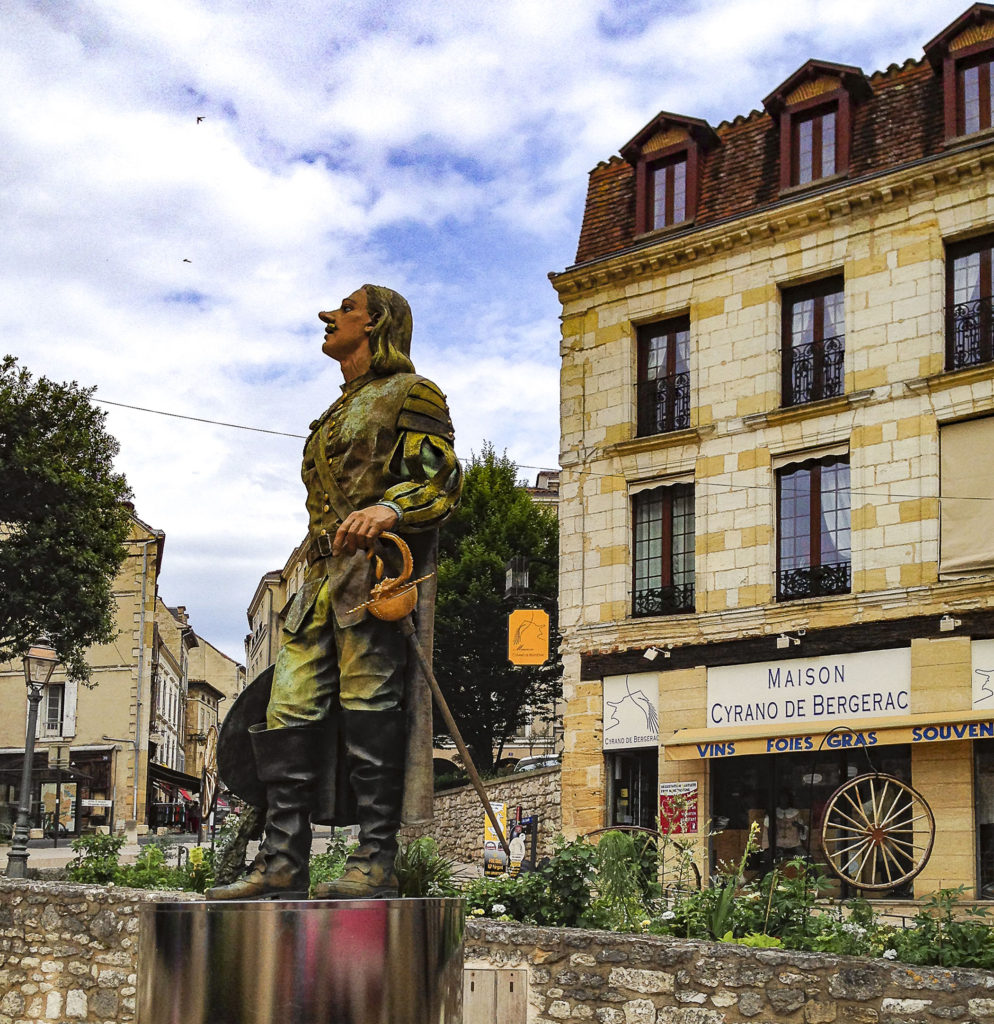 In 2014 I spent some time in the Dordogne region of France and there – I presume it was in Bergerac, the city of Cyrano the Bergerac – I found this shop window full of Laguiole knives

The Laguiole Knife (French pronunciation: ​[laɡjɔl], locally [lajɔl]) is a high-quality traditional Occitan pocket-knife, originally produced in the “knife-city” of Thiers where 70% of the French cutting tool production comes from, and in the small village of Laguiole, both located in the Massif central region of France. “Laguiole” is neither a trademark nor a company name. Rather, the name “laguiole” became associated with a specific shape of a traditional knife common to this area.

A bold and innovative author, his work was part of the libertine literature of the first half of the seventeenth century. Today he is best known as the inspiration for Edmond Rostand’s most noted drama Cyrano de Bergerac which, although it includes elements of his life, also contains invention and myth.

Since the 1970s, there has been a resurgence in the study of Cyrano, demonstrated in the abundance of theses, essays, articles and biographies published in France and elsewhere in recent decades.

The pond, or maybe more precisely the little lake that borders on the houses of Dutch Parliament is collecting locks like other places visted a lot by tourists.

For 2019 I have decided to publish more of my photo’s albeit relevant or not so relevant. This photo was taken in June 2018 while a fence hid the building site of the new neighbour of The Hague’s City Hall. The new Music annex Dance Theater annex Music School of The Hague. The neighbour will be less white than the Ice Palace as is the local term for the City Hall.

Update: And I have created a special Category for it: Photo of the Day. 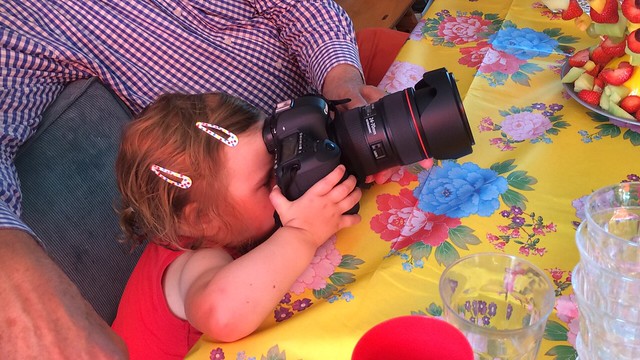 While working on my photo’s, I notice this photo on one of my devices, my IPhone, that someone of my family took of me and my youngest granddaughter. Two years young, she is quite an observant character already. The title came immediately, but seeing this photo again I really have to take up the intention to teach her more seriously to make photo’s.