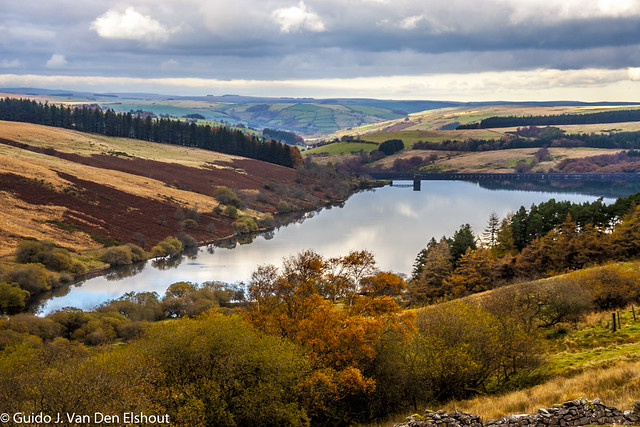 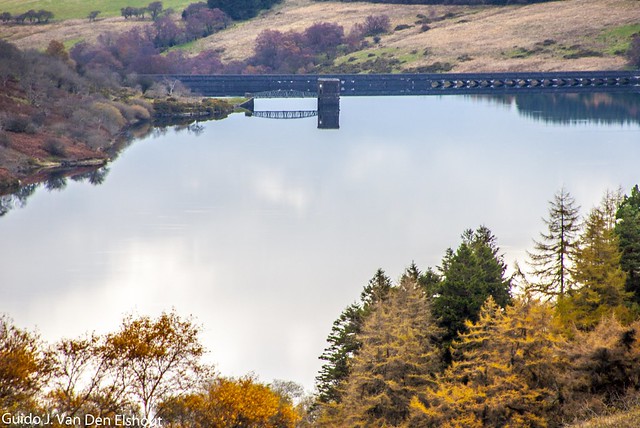 Back in 2007 we traveled in a spur of the moment to the Brecon Beacons area in Wales. After the family business we attended, we had some time to potter around and came along the Cray Reservoir on our way to Swansea.

Cray Reservoir is a storage reservoir located in the Brecon Beacons National Park for the water supply to the city of Swansea in South Wales and was built between 1898 and 1906 by Swansea Corporation.

The reservoir now supplies water to the towns in the valley of the River Tawe and north Swansea.

The location of the reservoir was chosen as it was upstream of the heavily industrialised parts of the Tawe valley and in an area of high rainfall with as large an upstream catchment as possible. This meant that the ideal location was just to the north of the carboniferous coal belt on the Old Red Sandstone within the Brecon Beacons National Park. The 28-metre high dam is at the lower end of a wide glaciated valley and is estimated to impound some 4.5 million tonnes of water.

Upstream of Cray Reservoir the land is largely upland moorlands or unimproved grassland with large areas now given over to plantings of conifers. The impounded water quality is therefore good and the water requires only minimal treatment before entering the water supply system. The treatment of screening, disinfection and lime dosing is carried out south of the reservoir at Nant yr Wydd.

Despite the generally excellent quality of the water, there have been occasional episodes of impaired quality mostly concerned with forestry planting and the release of difficult to treat turbidity into the reservoir. On occasions when such raw water quality impairment has overwhelmed the treatment facilities, some bacteriological deterioration has been experienced in the downstream water supply system such as in 1981.