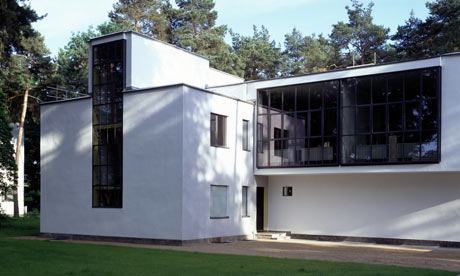 Today a short review of Pension Manfred Klauss, because one of our Austrian relatives called for their address and I want to be able to find its address back here at my blog.

This little Inn (“Pension” in German) is located between Wurzburg and Nurnberg in Germany.
This is about half way between The Netherlands and Vienna in Austria which we visit frequently. It is also nicely half way if you like to go skiing in Austria from The Netherlands.

We have stayed there many times. It started more than 40 years ago when my parents in law stopped for a couple of hours of sleep at the Motel Steigerwald next to the gas station Steigerwald along the A3 / E45 motorway in Germany, see the map. The motel had no vacancies and the attendant at the gas station directed my father in law along a rural back road (actually only allowed for local traffic) that brought him just 500 m from the motorway to a very peaceful little inn operated by his parents in law. The gas station attendant still works for the gas station (more than 40 years now) After his father in law passed away, his wife and his mother in law still run the place. Last December I stopped at Steigerwald under way to Vienna to refill my car and I visited them for a cup of coffee, while I offered the hostess a couple of roses to stress our enduring relation. In recent years we use to fly more than to drive to Vienna so we see each other less.

They offer you a very clean bedroom with a good bed nice crisp sheets and an excellent breakfast. I if you arrive late, you can buy a nice bottle of local wine: The Wurzburg Nurnberg region has excellent wines that the locals like so much that you can hardly find them outside the area. All for a very decent price. So although it is not a luxury hotel, it offers you the luxury of a clean comfortable bed to crash in and go on with your traveling. In addition, in a nearby restaurant they serve excellent food. Reservations for both the pension and the restaurant are recommended.

Off Topic
This is my first post from a computer with the Linux operating system. It is the Suse 10.3 distribution. It is a steep learning curve, but I am glad that I may be able to say good bye to the Windows operating system…. Lazy by Christoph Nieman for the New York Times

After reviewing my 2007 resolutions for 2008 (and not keeping many of those), I decided on only one New Year’s resolution for 2008: Press the “publish” button of this Blog more often and quicker. Well thus far I didn’t keep even that simple resolution: Hahaha there are over 50 posts in “statu nascendi” (in simple English: in “Draft” status). I didn’t even bother to give predictions for 2008.

And then, yesterday, I came across this funny story: All Nothing, All the Time from The New York Times writer Neil Genzlinger, mainly a Theater, Film and Television reviewer. He describes five places where you can excel in doing nothing:

Firstly: it is a brilliant story.

Secondly: I was inspired by a couple of my own guests, who I just said “Bye Bye ” to after having seen them spending a romantic getaway…yes you guess…doing nothing: No laptop, no mobile phones, no blackberries, no PDA’s…They took their own Ipod and loads and loads of chips, cookies, marshes, M&M’s and other chocolate bars…They loved it…and so did I seeing them enjoy themselves.

Thirdly. This was not the first time we have hotel guests doing nothing. Moreover sometimes we go away from our hotel to do nothing just to recuperate from a period of hard working. However I never realized it can be a great art and also a great marketing tool/promotion. Why not promote your place as excellent for doing nothing?

And Finally: I believe Doing Nothing could become a huge trend in 2008.

There should be those B&B’s and Inns in Europe as well. Any suggestions from my dear readers? is the first designer Bed & Breakfast in the heart of Catania. Much more than a simple b&b, it is a unique mix of hospitality and creativity, ideal for both those travelling for pleasure and for business. It unites the fascinating Catanese baroque architecture with contemporary art and design.

At BAD one breathes the creativity of Giulia and Alessandro, the two owners and curators. Professionals in the World of advertising and graphic design, they have expertly created within the ample and comfortable rooms different ambiences, exhibiting psychedelic wallpapers, amazing 19th Century Sicilian artifacts, vintage furniture and works of young aspiring artists.

Every room of the b&b in fact has a different mood, colour and feeling, with two or three beds, private bathroom and naturally all the comforts you would expect.
Because BAD is more than a sleeping experience.

Catana is located on Sicily, on the edge of the glittering Mediterranean and also home to Mount Etna, the highest sometimes active volcano in Europe.

What’s in a name?