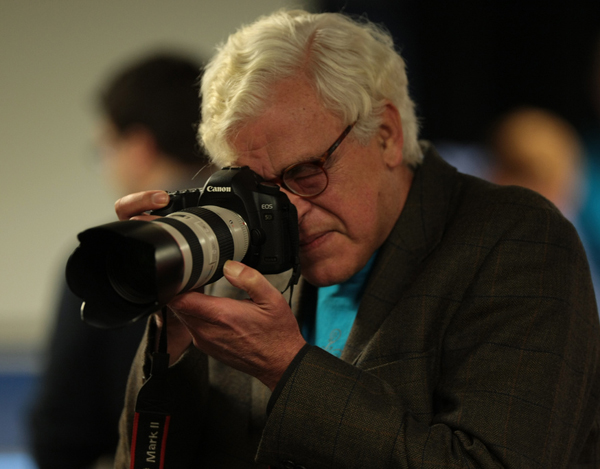 General
I attended the first ever WordCampNL. It stands for a Dutch WordCamp or a WordCamp in the Netherlands.

At first I had decided not to go, because I was very very busy. I do have to admit I thought a WordCamp would be a gathering of WordPress Newbies and/or Geeks and/or Nerds only. However, this first Dutch WordCampNL proved me wrong in that respect and in many other aspects! The people attending were normal people like you and me, some savvy and some very savvy, but all passionate in reaching out, connecting and sharing.

Unexpectedly three people gently nudged me to come… so I decided to come… eventually and last minute.

I’ll wind down in three posts:

Lessons Learned
WordCampNL confronted me and made me realize a couple of important things about myself in relation my attempts in proper blogging here at Happy Hotelier.

I’m not so much a talker by nature and I have to admit I’ll never be a talker. In addition I’m a two fingers typist. I’m more of an observer. I’m a reasonable photographer and I’m more than averagely interested in people. Portray photography is I the type of photography I like most. So I have to stop behaving as if I’m a writer. ll have to admit I’m more an observer who shares his observations. I think that is also important with respect to the styling and the lay out of this blog to acknowledge this more explicit that I did before. Thank you WordCampNL.

I’m not so good in multitasking as I would have liked. I cannot listen to presentations and tweet about it and make photos at the same time. It means that I also won’t be taking my eee book to future events and will not be twittering live from events. I will concentrate on taking high quality photos and adding some observations to the photos I’ll publish after the event.

The third thing is that it was a great opportunity to connect more with fellow Dutchman. Not that I didn’t connect already, but now even more so.

The organization and the venue Seats2Meet in Utrecht were impeccable. What impresses me most is the “after sales services” offered. Unlike other events, the organization is still fully engaged and do their utmost to make the experience complete by providing after the event content. All keynotes in the main room were video recorded and will be published soon. There were approximately 170 persons irl and approximately 300 people following the event via live streams and twitter. I count already 465 photos of at the Flickr group WordCamp Nederland

The heroes of the organizing team: 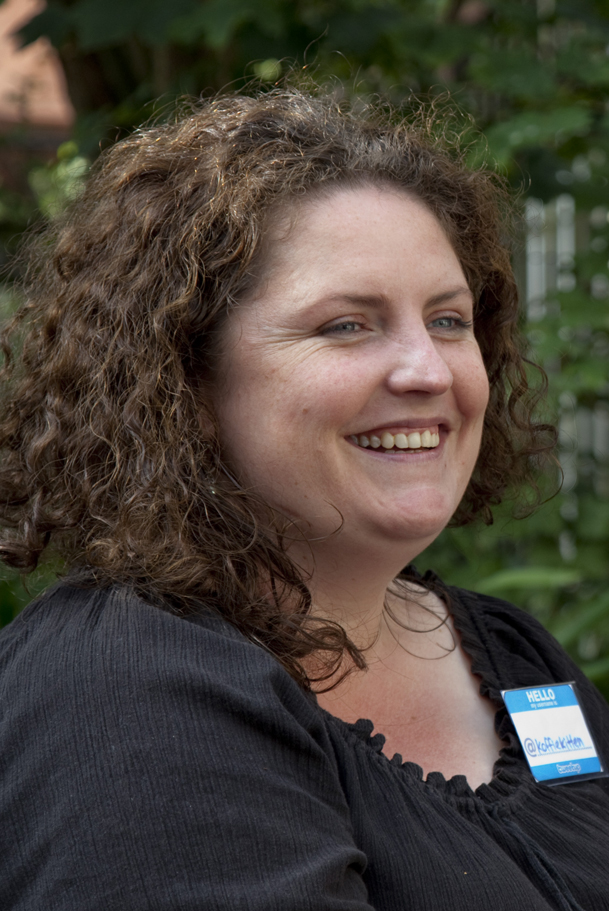 Lisa Rouissi (@KoffieKitten) of KoffieKitten and Orange Buzz NL. I had met her already at the first ever #TweetUpTheHague that she had organized together with Suzy Ogé. I still have a post about that somewhere up in my sleeve. She was on the organizing team. Constantly yawning we drove together to Utrecht via a deviant way as the road to Utrecht was blocked due to maintenance that early Saturday morning. She was one of the persons who nudged me on Friday. Thank you Koffiekitten! 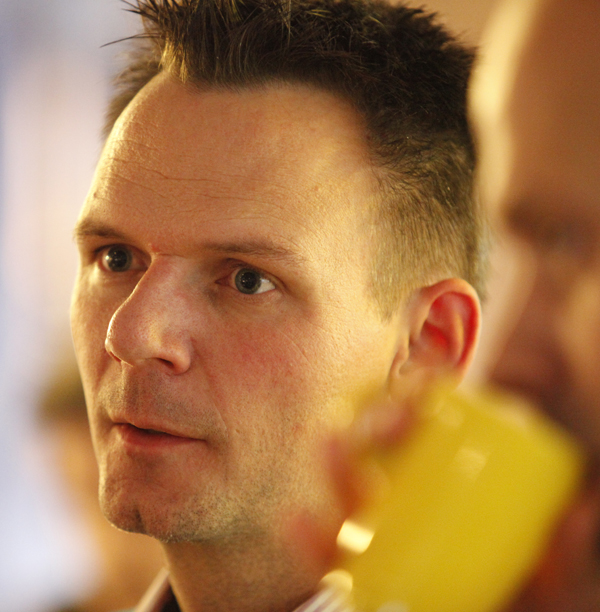 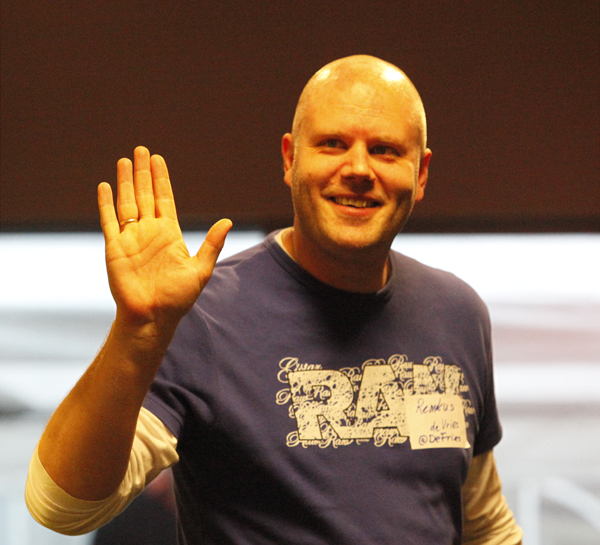 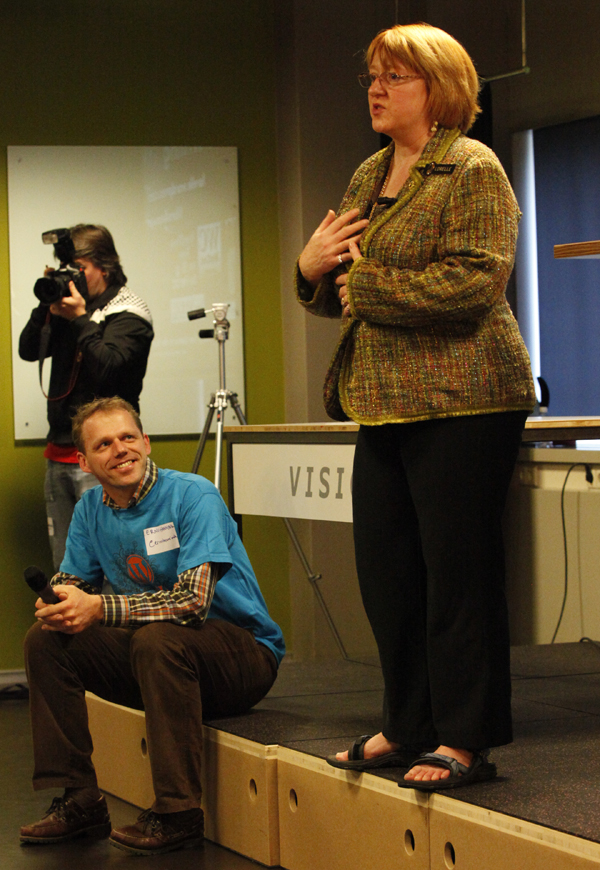 Erno Hannink (@ErnoHannink) of Erno Hannink NL and in English Erno Hannink Com a fellow Thesis Theme user. Boy has that man a big smile! Here he is in dire admiration for one of the speakers, Lorelle VanFossen, @LorelleonWP of Lorelle on WordPress, who was the second person who nudged me that Friday. Thank you Lorelle!. @Punkmedia here in the background. 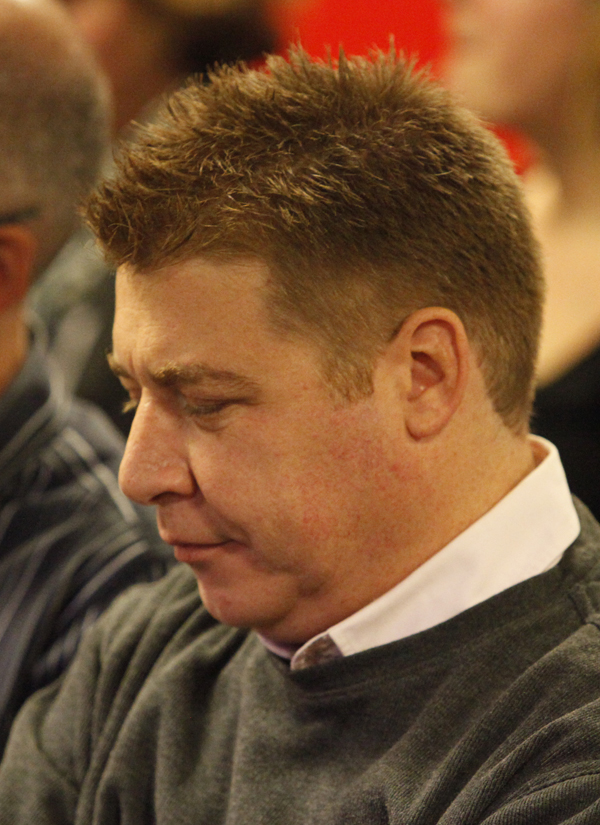 And, not to forget Jean Paul Horn (@JeanPaulH) of Textopus and Iphone Club NL who I knew already, but that’s another story. He was part of the team, acted as a great speaker and also as a sponsor of the venue.

A Great Thank You! to all of you for a great event!

Last edited Last edited by GJE on April 3, 2012 at 4:47 pm. I hope they put the publish button somewhere else on the dashboard in a future WordPress release. Accidentally hitting that button happens too frequent. In addition I realized in 2012 that I only did one post about the event in stead of the 3 I anticipated…

6 thoughts on “Winding down from 2009 WordCampNL – My Heroes”