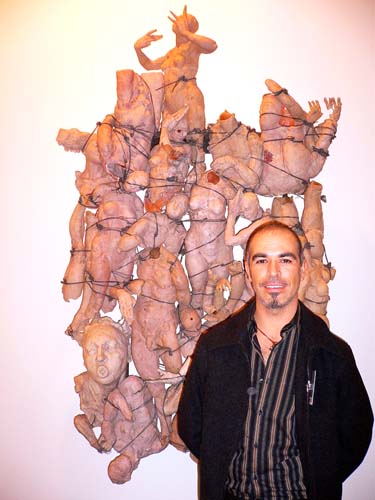 In a couple of days “2009 The Hague Sculpture”, an open air sculpture exhibition, will open. The exhibition will run from June 9, 2009 till September 9, 2009. This year the steering committee has deemed it fit to have a one sculptor exposition rather than a multi sculptor exposition. The sculptor chosen is Javier Marin. His work is more than life size and will work excellent between the green of the trees of the location, the recently refurbished Lange Voorhout. Yesterday and today some impressive sculptures have been put on their places already. Time for me to stroll (or bike) along the site with my camera(s). I believe the exposition itself will be worth a visit to The Hague! 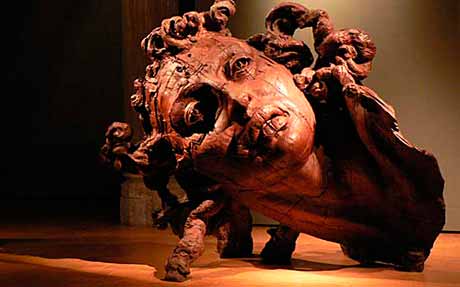 About Javier MarÃ­n
Javier MarÃ­n was born in Uruapan, in the region of MichoacÃ¡n in Mexico in 1962. He graduated from the Academy of San Carlos in Mexico City â€“ the city where he now works and lives.

His original focus was on painting and graphics, but he later concentrated on working in terracotta, resin and bronze.

From 1983 on, he took part in a group exhibition in the Casa de la Cultura in Morelia (Mexico). In 1986 he had his first solo exposition in Mexico City. Since that time, his work has been displayed in the Museo de Bellas Artes in Mexico City, the Espace Pierre Cardin in Paris, at the 50th Venice Biennial in 2005, on the Plaza de Cibeles in Madrid, on the Piazza del Duomo in Pietrasanta, and currently in the Rotonda di via Besana and on the square in front of the Scala in Milan.