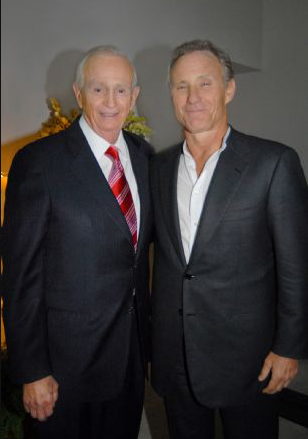 In a meeting today in Beverly Hills Ian Schrager and J.W. Marriott, Jr. will introduce the name Edition for their earlier announced venture. They will announce signed development deals with the first properties being opened in 2010. They have reached agreements with developers for the first nine of what eventually could be more than 100 Edition hotels in markets around the globe. Under the agreements, Edition hotels are now planned for Paris, Madrid, Costa Rica, Miami, Washington, Chicago and Scottsdale, Ariz. Two hotels are planned for Los Angeles.

They are in advanced discussions involving 20 more hotels with as many as 30 agreements in prime locations expected by the end of 2008.

Six months ago, they anticipated having only five projects announced by the end 2007, essentially half of what has actually been signed.

The hotels will have an average size of 150-200 rooms. Not exactly what I would call a Boutique Hotel Brand.

World-renowned architects and designers will be recruited to create one-of-a-kind buildings spanning the complete range of project types, from new construction, to conversions, to dramatic renovations. Mr. Schrager will be leading the Edition venture on concept, design, marketing, branding and food and beverage. Marriott will be overseeing the development process, and will operate the properties.

Very cleverly Mr. Marriott devoted a post to it on his Marriott on the Move Blog from which I pinched the photo.
Quite funny Mr. Marriott picked this photo where he has his eyes open and Mr Schrager not so much.
There I learned that actually the meeting was on January 29, 2008.